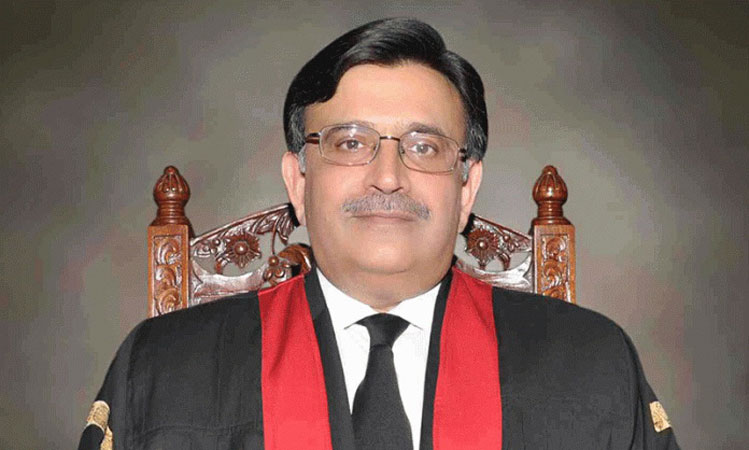 In his written verdict on a plea seeking presidential form of government in Pakistan, Chief Justice of Pakistan (CJP) Umar Ata Bandial Friday said the apex court was not in a position to decide, as there was no guidance from the Constitution and the law in this regard. The CJP issued a detailed verdict on the identical appeals filed against the order of the Registrar’s Office and returning of the petitions with objections. The CJP, in the verdict, noted that the petitioners and the counsel had argued their cases at length. He added that the petitions had prayed the court to direct the prime minister to “consider the holding of a referendum on the question – whether the people of Pakistan want a presidential form of government or not”. The CJP said the court had asked the petitioners how individual citizens can have “locus standi to press for a change in the political system of the country when there are several forums in existence to voice the said demand”. The court had also asked the petitioners “as to which legal criteria are available with the court to adjudicate upon the prayer for change in the political system of the country”. “The prayers raise a political question. The answer to which cannot be deduced from Constitution based on parliamentary form of government. Consequently, without any guidance from the Constitution and the law, we are not in a position to render any decision, which would in any event merely be a wishful exercise. As a result, the objections raised by the Registrar of the Court are upheld,” said the verdict.

In 2020, the Registrar’s Office had raised objections over the petitions saying it was not pointed out as to what questions of public importance in the instant case were involved with reference to enforcement of any of the fundamental rights, guaranteed under the Constitution, so as to directly invoke jurisdiction of the Supreme Court under Article 184(3) of the Constitution.

The registrar had stated that the petitioners had not approached any other appropriate forum available to them under the law for the relief, besides not providing any justification for not doing so.

It was further objected that ingredients for invoking extraordinary jurisdiction of the court under Article 184(3) of the Constitution had not been satisfied.

The Registrar’s office also objected that the president and prime minister had been impleaded as respondents numbers 1 and 2, though they cannot be impleaded as a party under Article 248 of the Constitution of the Islamic Republic of Pakistan.

Later on, the petitioners filed chamber appeals against the Registrar’s office in the apex court and Justice Bandial conducted the first hearing of the appeals in his chamber on Dec 2, 2020.