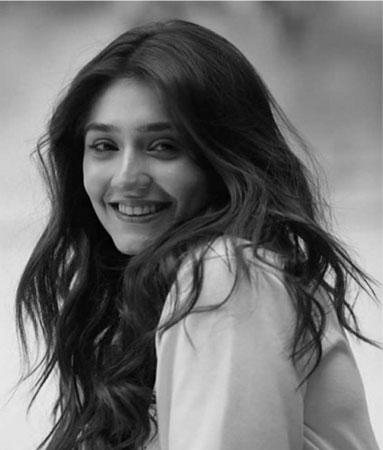 Speaking about her recent favorite performances from others, the ‘Pardes’ actor reveals that she is a ‘huge’ Sajal Ali Fan and wishes to do every character that she has done. About Bollywood, Dur-e-Fishan said, “I’ve recently watched Alia Bhatt’s Gangubai [Ka-thiawadi] which is really impressive.”

Furthermore, she urged the makers to come up with such projects in Pakistan as well and write solid characters for females which she would love to do. “Our audience wants to watch similar content that they get to see on Netflix and in Bollywood,” she suggest-ed. She also advised that “females’ preferences should be given importance” as they play a pivotal role as an audience.

Moreover, the actor discussed her everyday essentials when she disclosed that a ‘Lip balm’ is an absolute savior and she can’t live without one, while, she expressed her ob-session for perfumes as well.

Dur-e-Fishan described her new play ‘Kaisi Teri Khudgarzi’ as a ‘fresh story’, revolving around the struggles faced by families due to inter-class relationships.

Previously, the actor had proven her mettle in superhit plays like ‘Bharaas’, ‘Pardes’ and a telefilm ‘Hangor’.