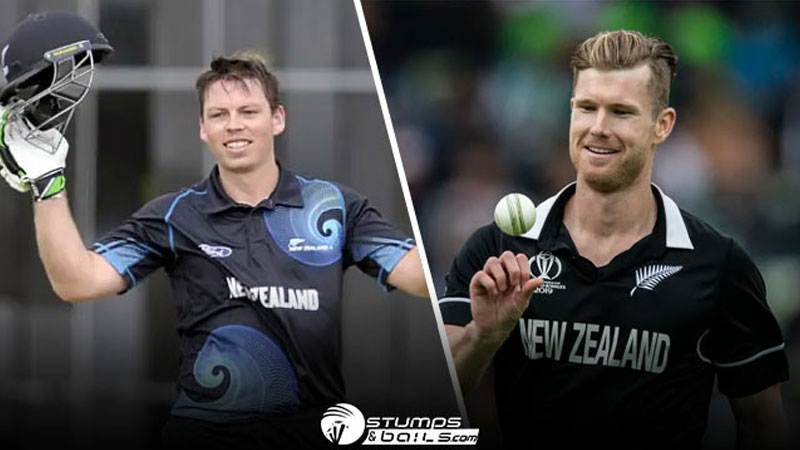 WELLINGTON: Allrounder James Neesham has lost his New Zealand contract as Michael Bracewell earns his first deal and Ajaz Patel returns to the 20-player list. In what is a largely stable group of players, there was a vacancy created by the retirement of Ross Taylor while Bracewell, who was recently included in the Test squad to tour England after making his international debut against Netherlands in March, effectively replaces Neesham. Neesham, who has not featured in Test cricket since 2017, played nine T20Is in the last 12 months, featuring in the T20 World Cup, making 92 runs in seven innings at a strike-rate of 135.29 and taking three wickets with an economy of 8.20.

He last played an ODI in March 2021, where he took a five-wicket haul against Bangladesh, missing New Zealand’s only games since then – the three match series against Netherlands – due to his IPL deal.

However, head coach Gary Stead said that the door was not closed on Neesham. After the IPL, where he has only played one match for Rajasthan Royals so far, he will head to England for a T20 Blast stint with Northamptonshire and could yet come into consideration for New Zealand’s upcoming limited-overs series. “It doesn’t mean that Jimmy Neesham won’t play for New Zealand again,” Stead said. “It’s the process of contracting, not the process of selection.”

Bracewell’s contract caps an impressive rise for him over the last few months during which he has been called up to all three formats and named the Super Smash player of the season. Meanwhile, left-arm spinner Patel is back in the main group despite not featuring in the Test side since taking all 10 wickets in the innings against India.

“Finalising the list seems to get tougher by the year,” Stead said. “The busy international calendar means we’re calling on a wider base of talent these days and the likes of Michael Bracewell is testament to the depth of that talent. “Michael’s been consistently performing on the domestic circuit for seasons now and we certainly see him as an international prospect in all three formats. “It’s great to see Ajaz back on the list after narrowly missing out last season. His value as our leading red-ball spinner is clear and we’re excited to see the role he could play in the Test team going forward.” New Zealand’s Test squad departs for England at the weekend ahead of their three-Test series next month. That is followed by limited-overs series against Ireland, Scotland, Netherlands and West Indies which takes them through to August.