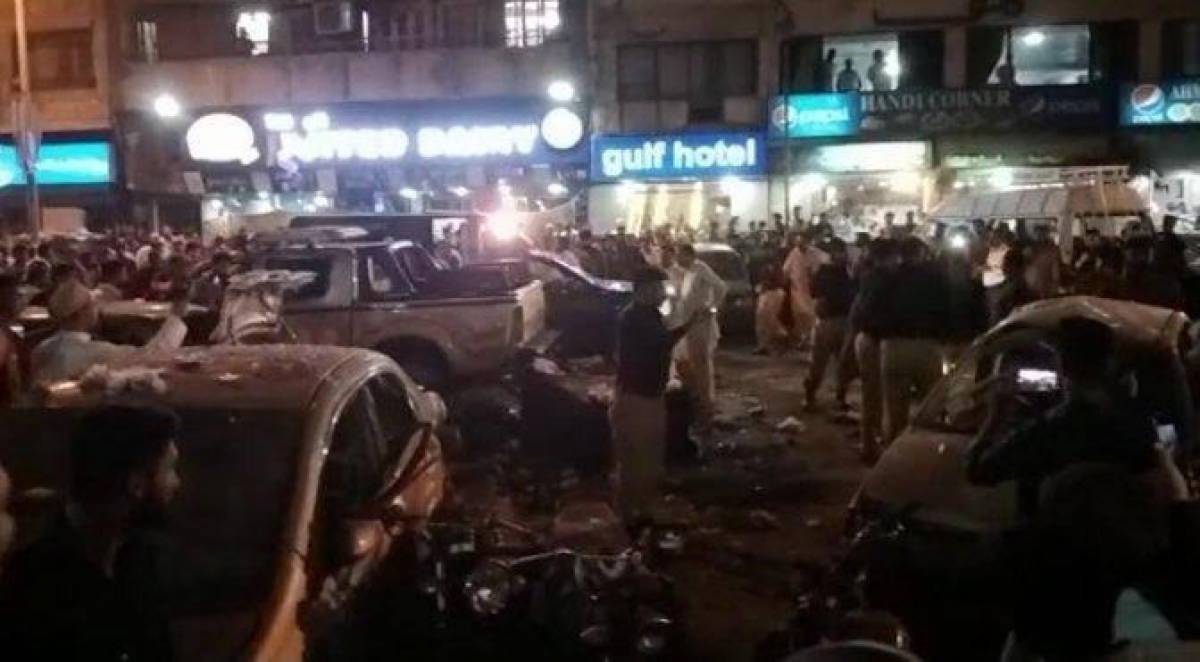 In accordance with a preliminary report compiled by the Bomb Disposal Squad [BDS], 2kg of explosives and 0.5kg of ball bearings were used to create the explosion.

According to BDS officials, the bomb was detonated via remote control.

“In the past, two such explosions have occurred. In Karachi, an explosion occurred in Shireen Jinnah Colony and on Maripur Road, they added.

In the meantime, the bombing victim’s body was transferred to his hometown of Rahim Yar Khan. “Omar was on his way the night before he was killed by the explosion,” his family said. They added, “He was enrolled in an X-ray course at Jinnah Hospital.”

In a statement, Prime Minister Shehbaz offered condolences to the bereaved families and prayed for the speedy recovery of the injured. He stated that those who posed a threat to people and peace would be eliminated in collaboration with provincial governments.

The Prime Minister urged the Chief Minister of Sindh to provide the injured with the most advanced medical care possible.

Bilawal Bhutto-Zardari, the Federal Minister for Foreign Affairs, condemned the explosion and extended his deepest condolences to the deceased’s family. He ordered the appropriate authorities to conduct an exhaustive investigation into the incident.

Hamza Shehbaz, chief minister of Punjab, condemned the explosion and lamented the loss of life in a statement. The leader of the PML-N also prayed for the speedy recovery of those who were injured.

Imran Khan, the leader of the PTI, also condemned the explosion and extended his condolences to the bereaved families.