* ISPR chief says army, as an institution, has been showing 'tolerance' for a long time
* People thinking of a division within armed forces are mistaken
* Army has no role in decision to hold early elections 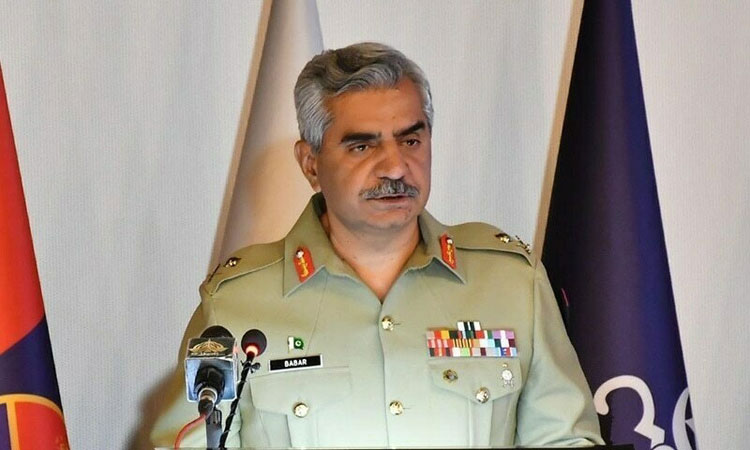 “Such statements undermine the honour and morale of institution and its leadership,” the Pakistan Armed Forces’ media wing said in a statement. The ISPR said the Peshawar Corps was an illustrious formation of the Pakistan Army, spearheading the national war against terrorism for over two decades. “One of the most competent and professional officers is entrusted with the responsibility to lead this prestigious formation,” it said.

The ISPR further stated that it was expected that the senior political leadership of the country would refrain from passing objectionable remarks against the institution whose brave officers and men were constantly putting their lives on the line to guard the integrity and sovereignty of Pakistan.

Shortly after the statement was issued, Director-General ISPR Major General Babar Iftikhar said that the armed forces of the country have made “repeated requests” to keep them away from political discourse. Speaking to a private news channel, the DG ISPR said that for the last few days, the political leadership of the country has been issuing some “very inappropriate statements” about the armed forces. “We have repeatedly made requests not to drag the army into political matters,” he said, adding that the armed forces have “nothing to do with politics as per the law and Constitution of the country.” He further said that the Constitution has clarified the procedure of appointing the army chief. “We, as an institution, have been showing tolerance for a long time,” Maj Gen Babar said, adding that as a country, Pakistan faces numerous challenges. “The army is playing an important role in the internal security of the country on all fronts, therefore, the focus of the military leadership is on those responsibilities.” We,
therefore, once again request the media and the politicians not to drag the army into political matters.

Maj Gen Babar also said that if someone thinks that there is a division within the armed forces, then they are mistaken.

The DG ISPR further said that the decision to hold early elections is to be made by the politicians, adding that the army has no role in it.

“Politicians are capable of sitting down and making better decisions regarding the elections, he said. “Whenever the army is called upon in a political matter, the matter becomes controversial.” He, however, added that if politicians will seek the help of the armed forces during the elections, then the army will be ready to offer its services.

The DG ISPR clarified that the army never invites politicians for meetings and added that when politicians make requests to the army, only then the army chief meets them. “The entire responsibility in this regard lies with the politicians,” the DG ISPR said.