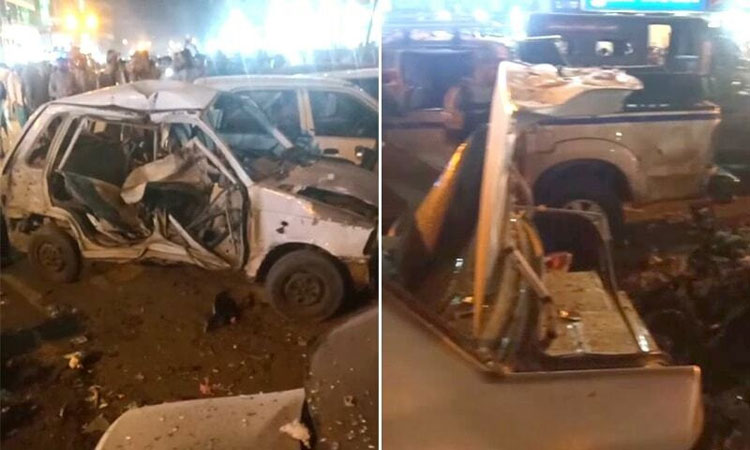 At least one person was killed and thirteen were left injured in a blast that rocked the Saddar area of Karachi late Thursday night. According to Deputy Inspector General (DIG) South Sharjeel Kharal, several cars were also damaged during the blast while the windows of the nearby buildings were shattered. He added that the nature of the blast was being determined by the bomb disposal squad, while the injured had been shifted to the city’s Jinnah Hospital. An emergency was imposed in all public hospitals of Karachi, while sources at the Jinnah Hospital said that the condition of four individuals was serious. Hospital sources added that the people brought to the hospital have sustained injuries caused by ball-bearings. The deceased has been identified as Umar Siddiqui who worked at Jinnah Hospital. According to the initial report submitted to Chief Minister Sindh Murad Ali Shah by the DIG South, an improvised explosive device (IED) was installed in a motorcycle. The blast occurred near the United Bakery. Reports said a vehicle belonging to the Coast Guard was targetted as the vehicle was parked near the site of the blast. On the other hand, DIG South said that no specific vehicle or institution was targetted in the blast. Extending his condolences to the family of the deceased, Prime Minister Shehbaz Sharif expressed deep sorrow over the loss of precious live. He prayed for the speedy recovery of all those injured in the blast directing CM Sindh to ensure proper medical facilities were being provided to the injured.