Elections without code of conduct to be ‘bloody’ 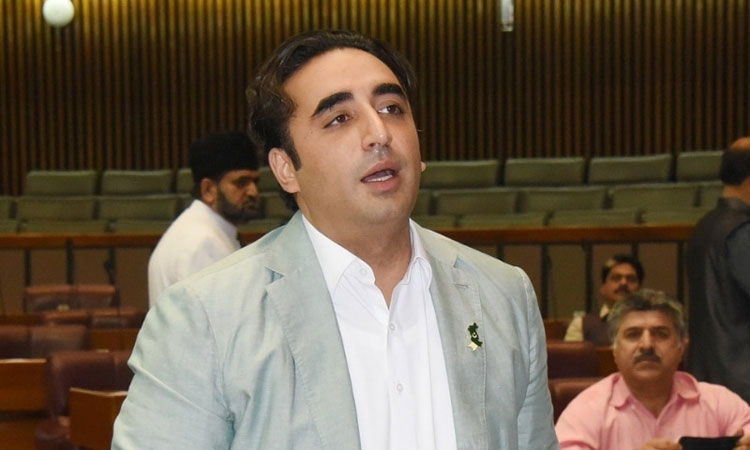 Foreign Minister Bilawal Bhutto Zardari Thursday warned that the next elections could be bloody if all political parties failed to reach a consensus on a basic code of conduct for polls in light of the increasing polarization and divide in the county. Bilawal said on the floor of the National Assembly that no one was ready to follow the rules of the game. “What would be left if there will be no trust in democracy and democratic processes,” he asked. He reiterated that the political parties should formulate a basic code of conduct so that the country could be run and elections may be held peacefully. Bilawal clarified that the PPP’s policy was clear as it first wanted reforms and then elections. Among other things, the PPP chairman also revealed that he was threatened a night before the vote of no-confidence to agree to fresh elections or there would be a martial law, but they moved ahead with the no-confidence motion. In his speech, Bilawal also lashed out at former premier Imran Khan and others for “abrogating” the Constitution and attacking democracy. The PPP chief demanded an investigation into the recent past’s unconstitutional and undemocratic events. Bilawal chided the former premier by saying that “Imran Khan thinks he is a sacred cow”.

“Imran attacks institutions and the judiciary, but he should be asked how and why he harmed Pakistan on the international level for the sake of his own politics. We have to stop this! The court and the parliament have to play their role,” he said, says a news report.

Bilawal said that the representatives of various political parties are jointly running this government. “Such situations are created when a country and its people face severe crises.

In cases of war or emergency, political parties put aside their differences for the sake of the national interest,” he said, alluding to the coalition government headed by Pakistan Muslim League-Nawaz’s (PML-N) Shehbaz Sharif.

“We are in a very unique situation, there is a crisis at every front,” Bilawal said. He added that the situation was even worse than what had been assumed.

“The situation in Pakistan is at a critical point; there should be no two views about it.”

Every institution has been made controversial by a “selected” person, he said while referring to Imran Khan. “The harm that Imran Khan and his former government have caused to the Constitution, democracy and institutions is before everyone,” he added.

“How can this National Assembly, the parliament ignore such an attack? Our Constitution has been torn like a piece of paper in the past as well,” he added.

“It is the position of the Pakistan People’s Party that has been presented before the united government, that this house must form a high-level parliamentary commission or committee to investigate the abrogation of the Constitution,” the foreign minister said.

“I am saying that we should take the attack seriously, make a commission to investigate who was involved in this unconstitutional and undemocratic attack,” Bilawal said.

As far as April 3 is concerned, he said, the Supreme Court clearly termed it unconstitutional in its decision.

“The people of Pakistan expect accountability of the former government for abrogating the Constitution in a bid to escape a democratic process,” Bilawal said, adding that “if we wanted the democracy to progress then we will have to investigate these events”.

“It will be in light of this investigation that we will move forward on this front,” the PPP chief added.

“Since this attack was ignored,” Bilawal said, “the former PM thinks that he is a sacred cow and is roaming in the country while making attacks that are against the national interest and our national standing.”

The foreign minister observed that political instability was harming the economy, adding that the ex-PM thought he was invincible because it was ignored that the PTI government was formed through the “worst-rigged elections”.

He said Imran was “imposed on this country for four years and during his tenure he ruined the economy, isolated Pakistan on the foreign front, and attacked the Constitution and democracy as well as the rights of the provinces”.

Due to this crisis and the Covid-19 pandemic earlier, he said, food security was a dire problem that the country has to face.

According to Transparency International, he said, the corruption of the last four years has surpassed all previous records. “We have seen how those around the former PM and First Lady Bushra Bibi were made billionaires overnight in the past four years,” Bilawal said.