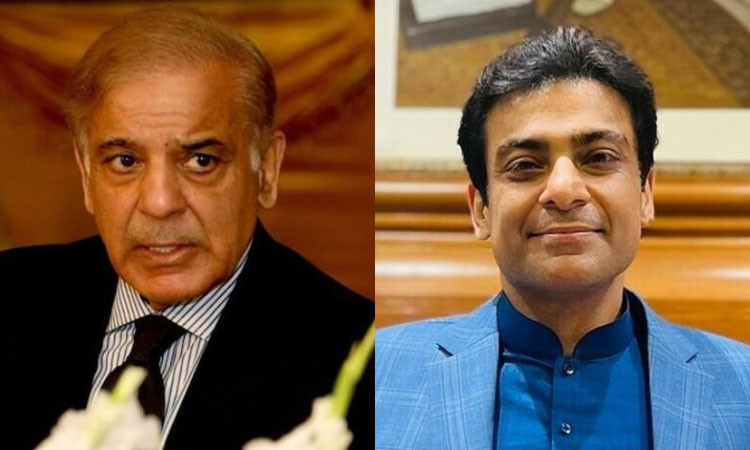 An accountability court in Lahore Thursday directed Prime Minister Shehbaz Sharif and Punjab Chief Minister Hamza Shahbaz to physically appear on May 14 to be indicted in the Rs16 billion money laundering case. Earlier, it was reported by the media that the FIA Special Prosecutor Sikandar Zulqarnain had informed the court that he had been directed by the agency’s director general to not appear in the court as the “concerned quarters are not interested to prosecute the accused” as they were going to be the elected prime minister and the chief minister of a province. In a hand written application, Zulqarnain requested the court to make these instructions as part of the case, says a news report. The court made the application a part of the record and ordered that charges would be framed on the next hearing. “It is made clear that on the next date, charge[s] shall be framed and all the accused shall ensure their personal attendance,” reads the written order. Shehbaz and Hamza were booked in the case along Suleman Shehbaz, who was absconding in the United Kingdom. 14 other people were also named in the FIR. The FIA submitted the challan December 2021, claiming it discovered benami accounts of the Shehbaz family through which money laundering was done.

The agency’s spokesperson, in a statement, said that the FIA had registered the case and it had not been withdrawn. The FIA said that the proceedings were continuing in the court, with the next hearing scheduled for May 14. “Hence, it is fake news. The FIA may legally proceed against the persons involved in spreading this fake news,” said the spokesperson.

“On 11-04-2022, Mr Sanaullah Abbasi was the DG FIA. At the time of submission of the application, the new PM had not yet taken the oath. Tahir RAI was posted as DG FIA on 22-04-2022. This matter pertains to the timing before his arrival in FIA,” said the FIA.

The agency said that the “change of prosecutor is a routine matter” and added that the government lawyer was also changed several times during the PTI government. “It is requested that fake news may not be spread in this matter,” said the spokesperson.