For Ms Marvel co-creator Sana Amanat, its a coming-of-age story through the lens of young brown woman 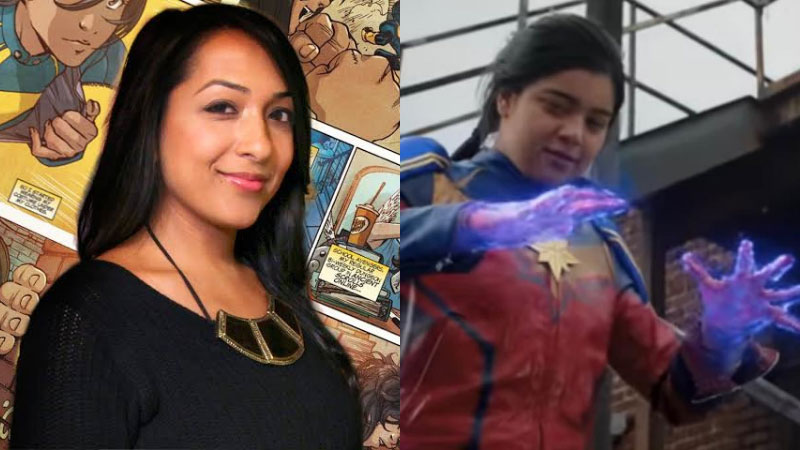 Comic book editor Sana Amanat and Kamala Khan have known each other for about eight years. As the release of Ms. Marvel nears, the writer has recently opened up about the superhero she created in 2014 and how the journey from page to screen has been different for the young hero of the Marvel Cinematic Universe.

In an exclusive with Entertainment Weekly on May 11, the writer told the publication that she’s “thrilled” to present Kamala to a larger audience. Who is Kamala Khan you may wonder? She’s a quirky Jersey-city native who is a Muslim high-school student with an obsession for Brie Larson’s Carol Danvers, also known as Captain Marvel. Little does she know that she has powers of her own which she later uses in the same way as the Avenger she idolises.

Amanat, who is not only the writer but also the producer for the upcoming series, told the publication that she loves the fact that there are so many people in Kamala’s life. “They’re helping her grow, whether it’s our directors, our writers, our VFX team, our costume designer, our set decorator. Everybody has now influenced Kamala. What’s really wonderful is that she’s truly going into the next stage of growth because of all these amazing people who are bringing their own perspectives,” she said.

For her, Kamala’s story was important for not only herself but young Muslims, Pakistanis and Indians, people of colour and young women. “It just affects so many different communities, and that’s what was really exciting for me, just knowing how important this show is and hoping that we get it right,” said the 39-year-old.

But Kamala’s race and culture wasn’t the only thing she wanted to focus on. Amanat told EW that “it’s a coming-of-age story through the lens of a young brown woman” and that itself will set it apart from its peers. While her world is naturally very colourful, it’s not only because of the environment and community she grows in but the city itself. “Jersey City is a pretty crazy and vibrant and multicultural place, and we really wanted to showcase that, too,” she added.

The co-creator even credited Kevin Feige, president of Marvel Studios, who showed “excitement” to bring this to life. ” I think at this point it’s been four or five years since we were officially going to adapt it. But it was exciting, and we were very happy to know that not only would it be adapted, but it would be adapted into a live-action series,” Amanat said, adding that the series was something she had “hoped for” as there’s so much “world and community”.

In the interview she also appreciated Iman Vellani who will be playing the superhero. Amanat believes that there are “so many similarities” between Vellani and Kamala that anyone who watches the show will say “Oh, no question. She’s Kamala.” She lauded the actor and said that she could surely bag an Oscar but she is most likely going to be seen as a director or a producer in the near future because she’s smart enough to be one.

Amanat said, “There is so much of Kamala in her because I think Kamala has the same type of view of the world.

There are just so many similarities that it felt like such a natural fit to see her put on the costume for the first time [or] see her go into the Khan house for the first time. It just made sense. There’s no other Kamala than Iman Vellani.”

For the creator there’s a reason why Kamala’s powers are different in the show than the comics but she advised comic geeks to watch the show as it’s the only way to see the superhero that Kamala will become in the series.