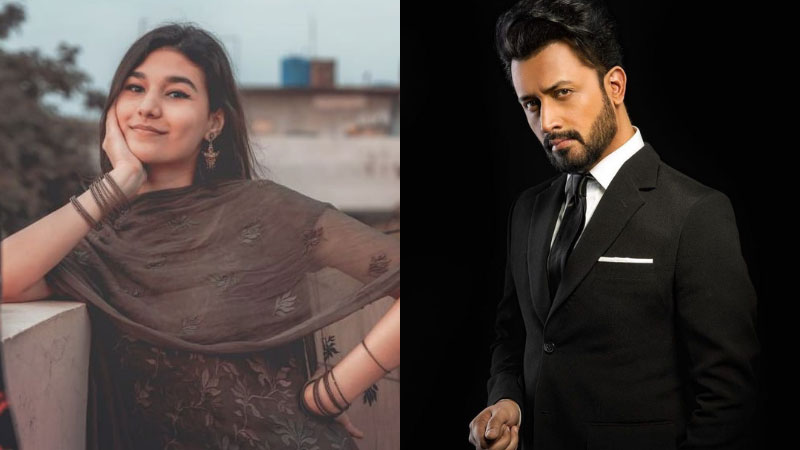 Superstar Atif Aslam and Coke Studio breakout star Shae Gill are releasing ‘Manzil’, a song promoting Covid vaccinations, and already fans are pumped despite the fact that only a short teaser has been released. The teaser for the song was posted on the US Embassy Pakistan’s YouTube channel on May 11. It revealed that the music video will release on May 14 at 6pm. “The US Embassy Islamabad partnered with Pakistani Cannes-nominated film director Sarmad Khoosat to produce a new song promoting Covid-19 vaccinations and booster shots,” read the caption for the teaser. “The song, ‘Manzil’, included Mohammad Hanif as the lyricist and Shamsher Rana, Varqa Faraid, Nimra Gilani and Ali Hamdani as producers and composers. Vocals were provided by internationally renowned singer Atif Aslam and Coke Studio sensation Shae Gill.” The music video will also feature actor and activist Sarwat Gilani who will play the protagonist.