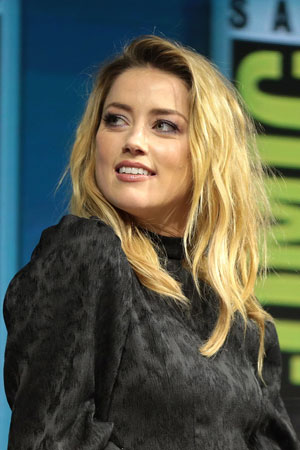 Amber Heard admitted that she can’t promise to not use violence against Johnny Depp in an old leaked audio clip which has gone viral on social media amid the ongoing defamation lawsuit.

As the infamous court battle enters the final stages, fans took over the internet to dig into every small detail of the proceedings.

Amidst the buzz, the former lovebirds’ old conversation has gone viral on Twitter in which the Pirates of the Caribbean star can be heard requesting the Aquaman actor to refrain from violence.

“If things get physical, we have to separate,” Depp told his former wife. “We have to be apart from one another, whether it is for an (expletive) hour, 10 hours or a day..”

“… We must. There should be no physical violence.”

Heard replied, “I can’t promise you I won’t get physical again. God, I (expletive) sometimes get so mad, I lose it.”

Meanwhile, Daily Mail also obtained audio of Heard clarifying Johnny that she was hitting but not punching him.

“I’m sorry that I didn’t, uh, uh, hit you across the face in a proper slap, but I was hitting you, it was not punching you. Babe, you’re not punched,” she can be heard saying.

After finalising their divorce in 2017, Depp launched a $50 million lawsuit against Heard for defaming him in her 2018 write up that she penned for The Washington Post.