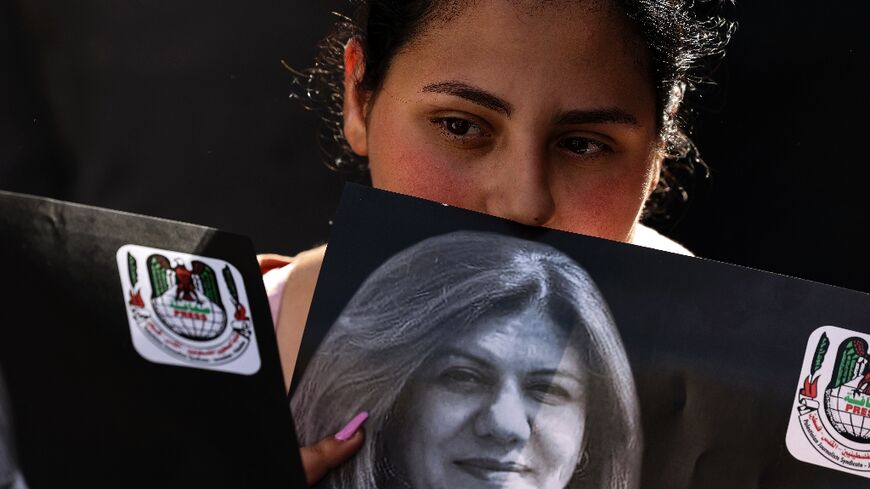 Thousands of Palestinians on Thursday honoured Al Jazeera journalist Shireen Abu Akleh at a memorial service in the occupied West Bank, a day after she was shot dead during an Israeli army raid. Israel and the Palestinians have traded blame over the killing of Palestinian-American Abu Akleh, 51, a veteran of the Qatar-based network’s Arabic service, during clashes in the Jenin refugee camp.

The United States, European Union and United Nations have backed calls for a full investigation into what Al Jazeera labelled a deliberate killing “in cold blood”, but the Palestinian Authority (PA) has rejected holding a joint probe with Israel. In a sign of Abu Akleh’s stature among Palestinians, she received what was described as a full state memorial at the Ramallah compound of President Mahmud Abbas, attended by foreign diplomats, prominent Arab Israeli politicians, and senior Palestinian leaders.

Thousands lined the streets as her coffin, draped in the Palestinian flag, was driven through the West Bank city.

Many held flowers, wreaths and pictures of Abu Akleh, who has been widely hailed for her bravery and professionalism and was well known to Arabic audiences since she covered the second Palestinian Intifada, or uprising, from 2000 to 2005. “This crime should not go unpunished,” said Abbas. He stressed that the PA held Israel “completely responsible” for her death, and had “refused and rejected” an Israeli proposal for a joint investigation.

Israeli Prime Minister Naftali Bennett had said Wednesday it was “likely” Abu Akleh was killed by stray Palestinian gunfire — but Defence Minister Benny Gantz later conceded that it could have been “the Palestinians who shot her” or fire from “our side”.

“We are not certain how she was killed,” Gantz told reporters. “We are investigating.”

Draped in a Palestinian scarf under the late morning sun, Tariq Ahmed, 45, described the death as a “tragedy for all the nation”, comparing his grief to that he felt at the funeral of iconic Palestinian leader Yasser Arafat.

“I have not felt this pain since Arafat died,” Ahmed said.

As Abu Akleh’s coffin was taken out of the presidential compound to the drumbeat of a marching band, crowds chanted slogans demanding an end to Palestinian security cooperation with Israel. Men ran alongside the ambulance as it drove to the checkpoint barrier between Ramallah and Jerusalem. Israel had publicly called for a joint probe and stressed the need for Palestinian authorities to hand over the bullet that killed Abu Akleh for forensic examination.

“We affirmed that our investigation would be completed independently,” Sheikh said.

He added that Abu Akleh’s family, the United States, Qatar and “all official authorities” would be informed of the results.  An initial autopsy and forensic examination were conducted in Nablus in the Israel-occupied West Bank hours after her death, but no final conclusions have been disclosed. A source in the Palestinian attorney general’s office said the results of a preliminary report on the bullet were expected later Thursday.

Abu Akleh, a Christian born in Israeli-annexed east Jerusalem, is scheduled to be buried in the city on Friday. At the family’s Jerusalem home late Wednesday, her brother Antoun said she was “the sister of all Palestinians”, adding that “what happened cannot be silenced.” Her death came nearly a year after an Israeli air strike destroyed a Gaza building that housed the offices of Al Jazeera and news agency AP.

Tensions have again risen with a wave of attacks that have killed at least 18 people in Israel since March 22, including an Arab-Israeli police officer and two Ukrainians. A total of 31 Palestinians and three Israeli Arabs have died during the same period, according to an AFP tally, among them perpetrators of attacks and those killed by Israeli security forces in West Bank operations.