PPPP believes in electoral reforms before next general elections: Bilawal 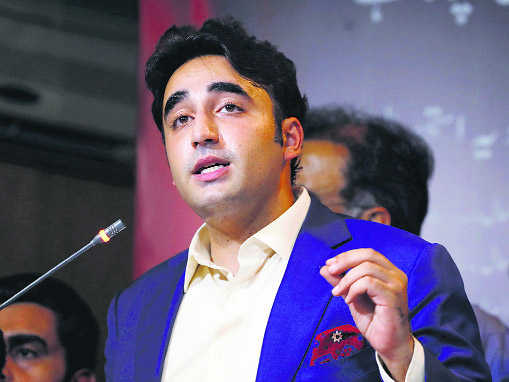 ISLAMABAD: Foreign Minister and Pakistan Peoples Party Parliamentarians (PPPP) Chairman Bilawal Bhutto Zardari on Thursday said his party believed in completing the much-needed electoral reforms before announcing the schedule for the next general elections by the coalition government.

“First reforms then elections. We are not the non-democratic forces that believe in political engineering and holding accountability prior to polls,” he said on the floor of the National Assembly while giving the Pakistan Peoples Party Parliamentarians (PPPP)’s stance on the prevailing political situation in the country.

He said political parties in the parliament were the truly democratic forces and wanted free and fair elections, and it had been their commitment made in the public time and again that they would go for electoral reforms before going into the next elections.

Bilawal stressed the need for ‘immediate repealing’ of all non-democratic bills and ordinances introduced by the past government of Pakistan Tehreek-e-Insaf (PTI) to cut the wings of the Election Commission of Pakistan.

“There is a need to sit together for electoral reforms involving all stakeholders including civil society and political parties to ensure that the drama played during the 2018 election can not be repeated,” he said.

The PPP chairman said all political parties had already in consensus over the charter of democracy (CoD) signed by Shaheed Mohtarma Benazir Bhutto and PML-N Quaid Muhammad Nawaz Sharif, adding almost 80-90 percent implementation on the charter had been achieved.

He asked for initiating the work on the remaining agenda of the CoD before the next general elections, as any new charter would be a time taking process.

The minister also highlighted the importance of evolving a basic code of conduct, in collaboration with all political parties, so that all state institutions whether it was judiciary or establishment should work within their constitutional ambit.

Otherwise, he feared that the next elections would not be held in a peaceful manner. Bilawal criticized PTI chairman Imran Khan for ruining the national economy and departments due to incompetence besides taking unconstitutional and non-democratic steps while being in the government.

He said the former prime minister (Imran) violated the constitution and launched attacks on democracy to avoid a no-confidence resolution, which were still continuing in public meetings with attempts for any unconstitutional step by the third force.

The PPPP chairman suggested the House form a high-level parliamentary commission or committee to investigate the events (unconstitutional and non-democratic measures of PTI) taking place after April 3. “The people of Pakistan want accountability….we have to investigate from top to bottom of these events.”

Following this, he said, in line with the findings of the commission/committee cases should be framed against the people involved in unconstitutional and non-democratic measures.

He said the Parliament and all state institutions should play their due role for supremacy of the Constitution and Parliament, stressing the need to promote democratic norms that guaranteed the culture bearing the difference of opinion and evolving consensus.

He said Imran Khan considered himself a ‘sacred cow’ and roamed nook and cranny of the country with his poisonous agenda against the national interests, constitution and international standing.

He said the ‘selected’ remained in power for the last four years but destroyed the national economy,  but the country in isolation among the comity of the nations, created severe energy and water crisis, besides deprived the provinces of their due rights.
Bilawal was of the view that friends of Imran Khan and his wife made unprecedented wealth during the tenure of the PTI government.

The minister said the country and the region could face problems in the procurement of wheat and urea due to the prevailing tension between Russia and Ukraine, which needed due attention from the government.

Speaker National Assembly Raja Pervaiz Ashraf observed that following and respecting the Constitution was the responsibility of every individual, and assured that the proposed parliamentary commission or committee would be considered in line with the law and the Constitution.