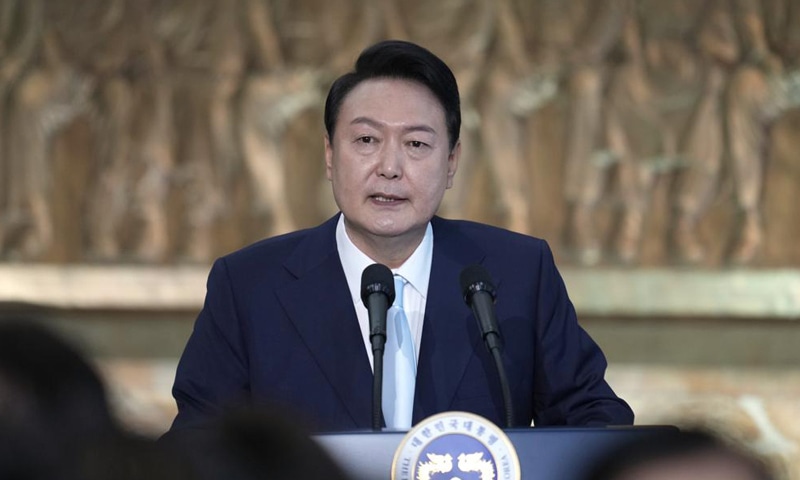 WASHINGTON: The United States on Wednesday voiced support for South Korea’s new president’s outreach to North Korea and reiterated that it was ready to talk to Pyongyang on rising tensions.

President Yoon Suk-yeol, a conservative expected to take a harder line on the North, in his inaugural address on Tuesday called on his neighbor’s leaders to give up nuclear weapons in return for economic aid.

“We have a new partner a new president in South Korea that is determined, working with the United States, to be very clearly engaged in deterring and sending a strong message of partnership between Seoul and Washington,” said Kurt Campbell, the top White House official on Asia.

“And on that basis, I think we’re prepared for any kind of diplomacy or engagement with North Korea,” he said at the US Institute of Peace. Campbell acknowledged that North Korea has not responded to outreach by President Joe Biden’s administration for dialogue.

“Recently we’ve seen a number of steps — military steps — and tests that we view as provocative,” Campbell said.

The United States said last week that it saw signs North Korea could be planning a nuclear test, its first since 2017.

But the talks produced no lasting agreement and North Korea has shown little interest in dialogue with lower-ranking US officials under Biden.