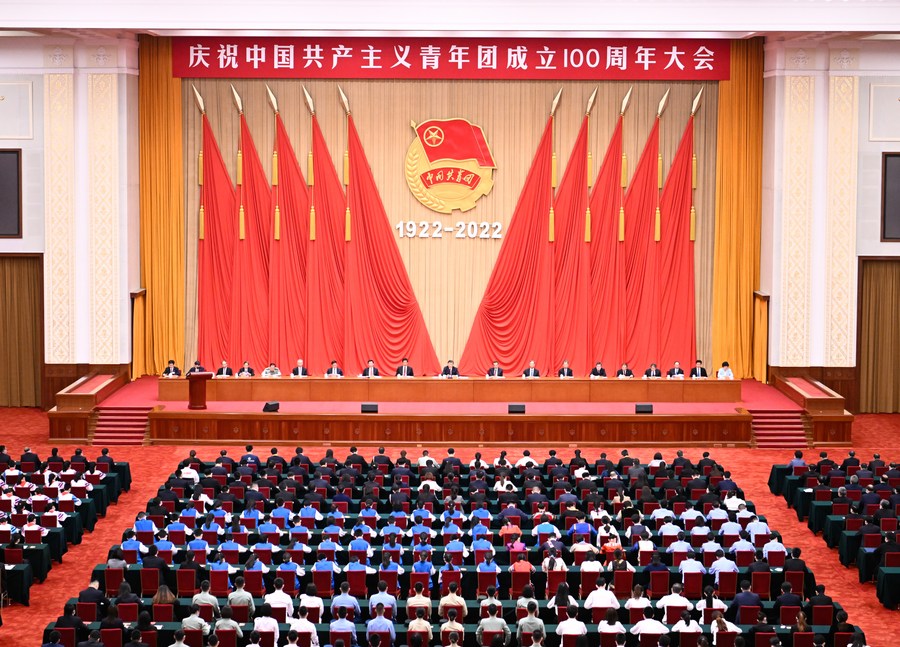 BEIJING: Chinese President Xi Jinping on Tuesday addressed a ceremony to mark the 100th anniversary of the founding of the Communist Youth League of China.

The younger generation, according to Xi, should do their best to help realize national rejuvenation — the greatest dream of the Chinese people since the Opium War of 1840.

Overseas Chinese youth said that they will carry forward their dreams and missions, and forge ahead on the new journey to realize the Chinese Dream of national rejuvenation.

Lan Tianzhang, deputy captain of the political work of the 20th Chinese peacekeeping engineering detachment to Lebanon, said the young peacekeepers in Lebanon have been taking concrete actions to fulfill their missions and safeguard world peace, adding that they will work hard to make more contributions to realizing the great rejuvenation of the Chinese nation.

Wang Xiaowei, manager of the fifth site office of the Phnom Penh-Sihanoukville Expressway invested by the China Road and Bridge Corporation, said they, as young workers serving the Belt and Road Initiative, feel proud of their mission and are more aware of the responsibilities of the young generation, adding that they will take roots in the frontline to ensure that the project becomes a high-quality one.

Wang Yuqing, a Chinese teacher at the Confucius Institute at the University of Karachi in Pakistan, said that Xi’s words greatly encouraged young teachers working at overseas Confucius Institutes and gave them the confidence to do a better job of telling China’s stories.

Miao believed that with the continuous development of China, the prospects for Chinese youth to realize their dreams will be even broader.

Xia Yang, president of the Association of Chinese Students and Scholars in Japan, said that they must study hard and return home as soon as possible to contribute to China’s development and prosperity as well as the rejuvenation of the nation.

Li Feng, who is about to finish his studies at the University of Zagreb in Croatia soon and return to China, pledged to be a young person with lofty ideals and firm convictions, and contribute to the development and prosperity of the country.