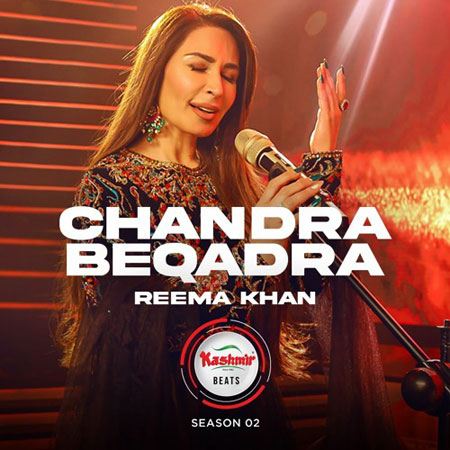 Director, producer and television host, Reema Khan after entertaining the audience with hit movies, has now taken the mic to amuse fans. Recently, Reema Khan appeared in Kashmir Beats Season 2 and left audience in awe by singing ‘Chandra Beqadra’ which instantly got attention of her fans.

Shortly after the release, fans showered love on Reema and bombarded the comment section on YouTube with comments appreciating the star. Netizens also praised Reema for being natural on stage as well as for singing a song that suited her charming personality.

According to the official YouTube channel of Kashmir Beats Season 2 “A sweet and cheeky ballad condensed in a love tale ‘Chandra Beqadra’ featuring the gorgeous Reema Khan that gives life to a soulful connection between two people.”

‘Chandra Beqadra’ was produced and directed by none other than the very talented Haris Qadeer while the composition and lyrics were done by Shani Arshad. The melodious voice of Reema has made this song even more mesmerizing.