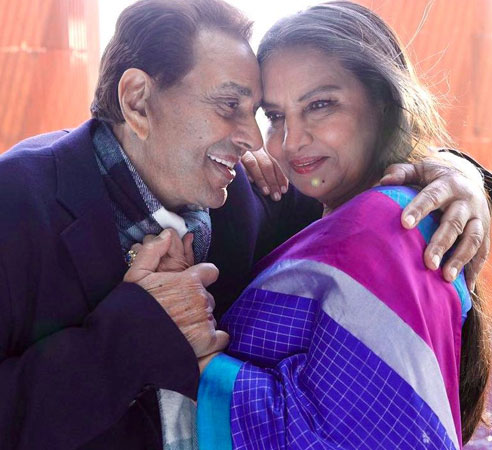 On Wednesday, Dharmendra shared a lovely picture with Shabana from the sets of the film. Ranveer Singh and Alia Bhatt will be seen playing the lead couple again, after their 2019 film Gully Boy. The film also stars Jaya Bachchan.

Reacting to the post, a fan simply tagged Dharmendra’s actor-politician wife Hema Malini. Another shared a still from Dharmendra and Shabana’s film along with a line from the film. A fan wrote, “Please don’t use the word shayad as camera has been in love with you for decades. Everyone loves you even the non living things. You are a legend.” A fan also reacted with a throwback video of Javed Akhtar dancing at Farhan Akhtar’s wedding.

Dharmendra recently suffered a backache while working on the film. He was admitted to Mumbai’s Breach Candy Hospital after he had a muscle pull in his back while shooting. He later shared a video on Twitter in which he said, “Friends, I have learnt the lesson. Friends, don’t do anything over. I did it and suffered a big muscle pull back. So, I have to go to the hospital. I am back with your good wishes and blessings so don’t worry, now I will be very careful. Love you all.”