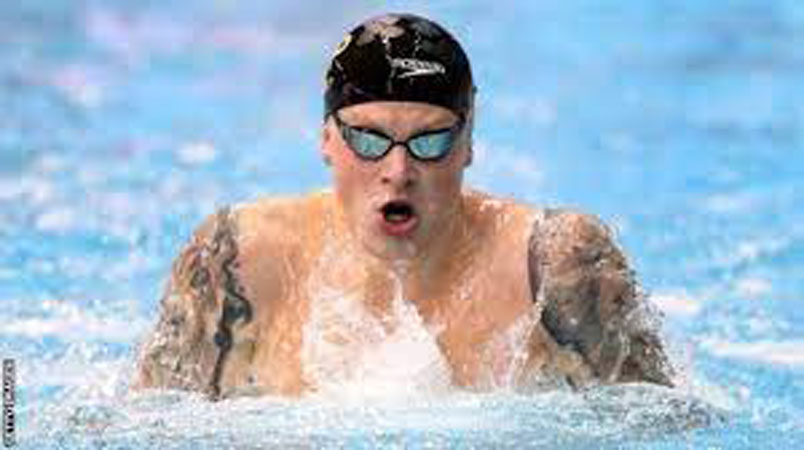 LONDON: Triple Olympic swimming champion Adam Peaty has been ruled out of the upcoming World Championships in Budapest with a foot injury, he said Wednesday. “I have been advised to rest for 6 weeks which unfortunately takes me out of contention for the FINA World Championships in Budapest next month,” said Peaty. The 27-year-old British swimming great, who won gold in the men’s 50 metres breaststroke, its 100m equivalent and the 4x100m medley relay at the 2019 World Championship, sustained the injury while training in the gym. “I’ve fortunately never had to deal with an injury in my swimming career so this is a real blow and a new challenge for me,” Peaty added in a Twitter post. “I’ll never shy away from a challenge but on this one I’ve got to use my head more than my heart. I will be back in the pool as soon as I can be, with my focus on recovering and building up my strength ahead of the Commonwealth Games (in Birmingham) this summer.”