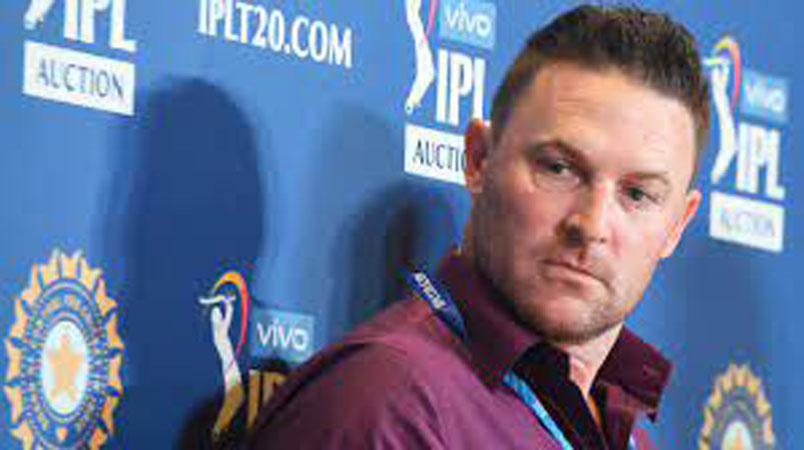 LONDON: Former New Zealand captain Brendon McCullum is now in contention to become England’s new Test head coach, according to British media reports. The Daily Mail said McCullum, a key figure behind New Zealand’s rise in both red and white ball cricket, had become a candidate on recently-appointed England director of cricket Rob Key’s list of possible coaches. Key is known to want to split the Test and limited overs coaching roles, as well as reintroduce an independent selector, with sacked head coach Chris Silverwood widely regarded as having been over-burdened by carrying out all three jobs. But with McCullum now in charge of Kolkata Knight Riders in the Twenty20 Indian Premier League, it had been thought that he would be a more obvious fit for the white-ball role.

As well as leading the Black Caps to the 2015 50-over World Cup final, McCullum was also an aggressive T20 run-scorer and has become a close friend of England white-ball captain Eoin Morgan. He said the 40-year-old New Zealander was the inspiration behind much of his side’s limited-overs success. McCullum, however, also played in 101 Tests and was credited with laying the foundation for New Zealand’s World Test Championship triumph under Kane Williamson last year during his time as red-ball captain from 2013-16. Although McCullum has never coached a first-class team, the Mail said new England Test captain Ben Stokes may have got his way over Morgan in wanting to form “a high-octane red-ball partnership with McCullum”. Stokes’s first assignment since being announced as Joe Root’s permanent successor as England captain is set to be in a three-Test series against New Zealand starting at Lord’s on June 2.

‘The best person’: South Africa’s Gary Kirsten had been regarded initially as the leading contender, having led India to the 2011 50-over World Cup before guiding his homeland Proteas to the top of the world Test rankings in 2012. But the former opener could miss out for the second time running, having been overlooked three years ago in favour of Silverwood, sacked after a humiliating 4-0 Ashes defeat in Australia. While The Times said it was possible McCullum could still be appointed to the white-ball role, Kirsten remains in the running both for that job and the post of Test coach.

Paul Collingwood, who recently took charge of England’s red and white-ball legs in the West Indies, is another candidate to be England’s next limited overs coach. While Kirsten, like McCullum, is involved in the IPL — in his case as head coach of the Gujarat Titans — Key has said that would be no barrier to either man landing an England post. Australia’s Simon Katich and South Africa’s Graham Ford are amongst the contenders for the Test job. Interviews by a panel including former England captain Andrew Strauss, in his capacity as chairman of the England and Wales Cricket Board’s (ECB) cricket committee and ECB chief Tom Harrison took place earlier this week. England could now unveil their new coaching set-up before the week is out.