Your own MNAs sent you packing: Maryam to Imran 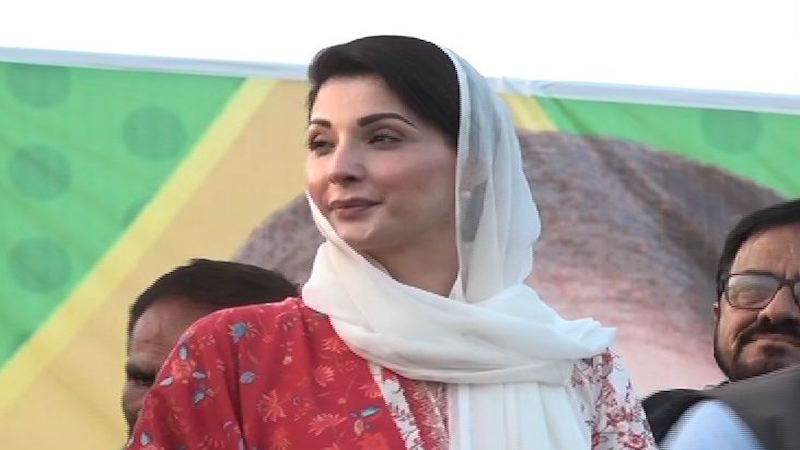 Pakistan Muslim League-Nawaz (PML-N) Vice-President Maryam Nawaz on Wednesday told deposed prime minister Imran Khan that he was not the subject of any ‘foreign conspiracy’ but that his own MNAs and MPAs cast a no-trust vote against him, a private TV channel reported.

“Imran Khan needed to rely on a fake letter and to resort to a conspiracy drama to cover his government’s lack of performance during the past four years,” the PML-N leader told a public gathering in Swabi, Khyber-Pakhtunkhwa. “You were neither ousted by Nawaz nor by a foreign conspiracy, but by your own MNAs and MPAs,” she added. Maryam, daughter of PML-N supremo and three-time prime minister Nawaz Sharif, also said the nation of 220 million people will not let Imran hide behind his conspiracy claims. She added that the people of K-P will have to think carefully about who they wanted as the next rulers as it is linked with their progress and prosperity.

Maryam asked the people of the province to vote for PML-N’s Ameer Muqam and rid the province of Imran Khan in the next elections. Continuing her tirade against the former premier, she claimed that he was a complete failure when it came to detailing his party’s performance during his rule.

On the deposed PM’s alleged criticism of state institutions, she said: “Why should Pakistan Army carry the burden of your filth,” adding, “You will have to carry this burden yourself.”

Maryam said the nation should be thankful that Pakistan got rid of the “corrupt and lying” leaders. He lambasted the former premier, Imran Khan, saying when he lost the (prime minister’s) seat he lost his senses as well. “He [Imran Khan] has been criticizing state institutes and media which he used to say ‘we’re on the same page’ until he was in power,” Maryam said. The PML-N vice president said Khan has nothing in his bag to talk about in his public speeches after remaining three years in power. “Conspiracy is just an excuse to hide his performance as he has not a single project to talk about in rallies,” she added.

She said that the “mess” left behind by former prime minister Imran Khan during his almost four-year rule cannot be fixed within a couple of months but it would take up to two to three years. She said that Imran Khan should be allowed to mingle with the masses as people will themselves question his incompetence. She further said that the masses cannot be fooled as they are well aware of Imran Niazi’s gimmicks. “The only difference is that those who earlier favoured you have now withdrawn their support,” she said. “Why should the armed forces pay the price of your shortcomings?” She went on to say that Imran Khan is solely responsible for all of his wrongdoings and blunders, therefore, he alone should bear their brunt.

During her speech, Maryam thanked the people of Swabi for supporting PML-N and said that she is grateful that the country was finally able to get rid of an oppressive government. “Thank God we were finally able to get rid of people who ran the country on the basis of magic and witchcraft,” she said. She further said that in the next elections, Khyber Pakhtunkhwa will also get rid of Imran Khan. “The man who ruled the country for four years cannot even speak about the accomplishments of his government for four seconds,” the PML-N leader said.

“Since he couldn’t talk about his achievement, he had to resort to using the support of a fake diplomatic cable,” she said. “The alleged threat letter was just an excuse as the real reason behind it was to hide his incompetency.” She added the nation knows there was no conspiracy against Imran Khan.

Taking a jibe at the PTI chairman, Maryam said that his dissident MNAs are now asking for a PML-N ticket for the next election, adding that it was a matter of shame for Imran Niazi. Maryam also taunted the PTI chief for enjoying helicopter rides throughout his four-year term and alleged that he used funds from the national exchequer for his personal expenses. “For four years, he remained ignorant of the plight of the masses. But now, the nation will not allow you to conceal your incompetency under the garb of a conspiracy.”