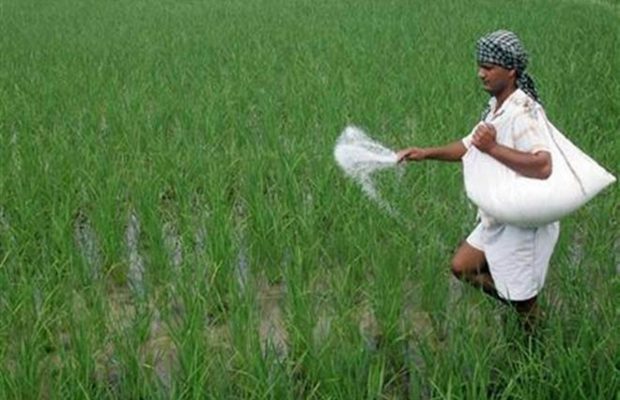 The forum discussed the domestic production and demand of fertilisers as well as their prices, subsidy plan and tracking the verification mechanism of fertilisers for the kharif season in the backdrop of the Prime Minister’s meeting a day earlier.

In Tuesday ‘s meeting, the prime minister approved the various policy measures to ensure availability of fertilisers at affordable prices to farmers during the Kharif season.

At the onset of the meeting, agricultural departments briefed the forum that there was 14% decline in Diammonium Phosphate (DAP) take off in last sowing season due to price inflation, which means crops had received less application of phosphate component of fertiliser affecting crop output badly.

The committee was told about the dire need to provide balanced nutrients to soil for excessive grain production.

Considering the price differential between urea & DAP, the minister said, the government had decided to make subsidy payments directly to farmers immediately through Ministry of Food Security and Provincial Governments, so that DAP prices could be cooled down for farmers and this step would also ensure balance applications of nitrogen & phosphate based fertilisers in soil by farmers.

However, according to the minister, the government  would discourage the compulsive purchase of DAP to farmers along with urea by dealers recently.

In order to curb the hoarding and smuggling, the government had decided to set up a task force under the Ministry of Interior consisting of law enforcement agencies, FBR and provincial departments to thwart cross border trafficking of urea.

Speaking at the meeting, the minister said that the government had geared up to implement vehicle registration, tracking and verification systems for timely supply of key soil nutrients to farmers during Kharif season.

Commenting on the recent price hike of urea by the industry, the Minister remarked that the government would not tolerate unjustified price increase of urea.

He added that the government was reverting urea price to old price i.e Rs.1768/bag to provide relief to farmers.

He said, however, any justified increase in price would be notified by the government later on after consulting with industry.

The minister also assured the industry that the government would address issues pertaining to outstanding payments of industry.

He said that the government had restored the gas supplies to fertiliser plants as per agreement and would continue to receive uninterrupted gas supplies for domestic production to support the farmers and the agriculture base of the country.

The participants of meeting included representative of fertilisers manufacturing industry, dealers, Chief Secretary Punjab, and Secretaries of Provincial agriculture departments, according to the press