The population of once an endangered specie, ‘Turkman wild goat’ growing in Pakistan 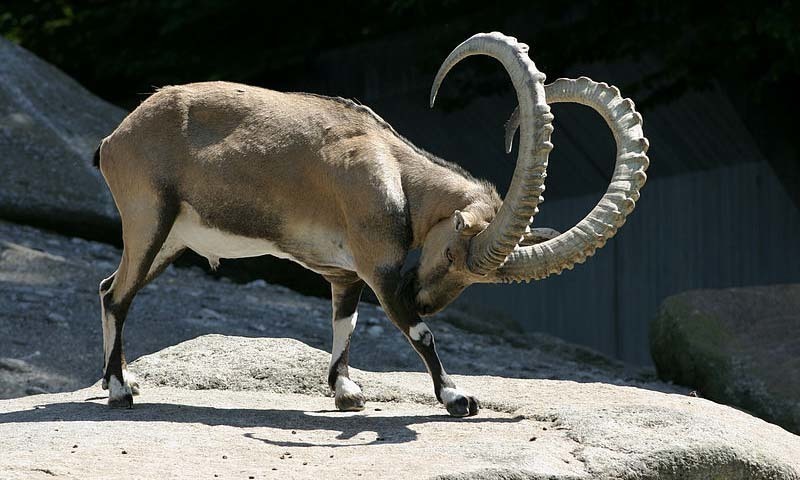 JAMSHORO, Pakistan: The population of the Turkman wild goat also known as Sindh ibex has shown significant growth in Pakistan in the last decade due to a blanket ban on hunting and the protection provided by local communities.

The wild goat, which is endemic to southwest Pakistan, and also found in southeast Iran, is still viewed as vulnerable, although its number has shot up to 20,000 from less than 2,000 over the past four decades.

Its habitats include the Kirthar mountain range, which falls in the southern Sindh and southwestern Balochistan provinces, and the adjoining Makran range.

A few kilometers before entrance to Sun, a small city in southern Sindh province, located some 156 kilometers (95 miles) from the provincial capital and the country’s largest city Karachi, a narrow metaled road leads to the Kirthar National Park, home to scores of rare species, and Sindh ibex’s largest habitat.

According to wildlife authorities, the last 10 years were crucial in terms of the increase in the population of the wild goat, which is the national animal of Sindh.

“Over 10,000 animals have been added to the population of Sindh ibex (at Kirthar National Park) during the past 10 years, which is a highly encouraging sign, considering the previous records,” Wali Mohammad Birahmani, a conservator of the Kirthar National Park, told Anadolu Agency. The task to improve the wild goat population was assigned to the park authorities in 1978 when their number was nearly 2,000.

In the initial years, Birahmani said the population growth was mediocre due to hunting and poaching and a lack of awareness among the local communities vis-a-vis the threat to this animal.

“However, by the passage of time, both the issues were resolved. Thanks to the local communities that made it possible, particularly in terms of implementation of the hunting ban,” Birahmani said.

It is to be noted that the number of Sindh ibex in Balochistan is between 8,000 and 10,000, according to Baloch. Balochistan’s Hingol National Park, which is home to over 3,500, serves as the second-largest habitat for the animal.