China says warned US warship as it transited Taiwan Strait 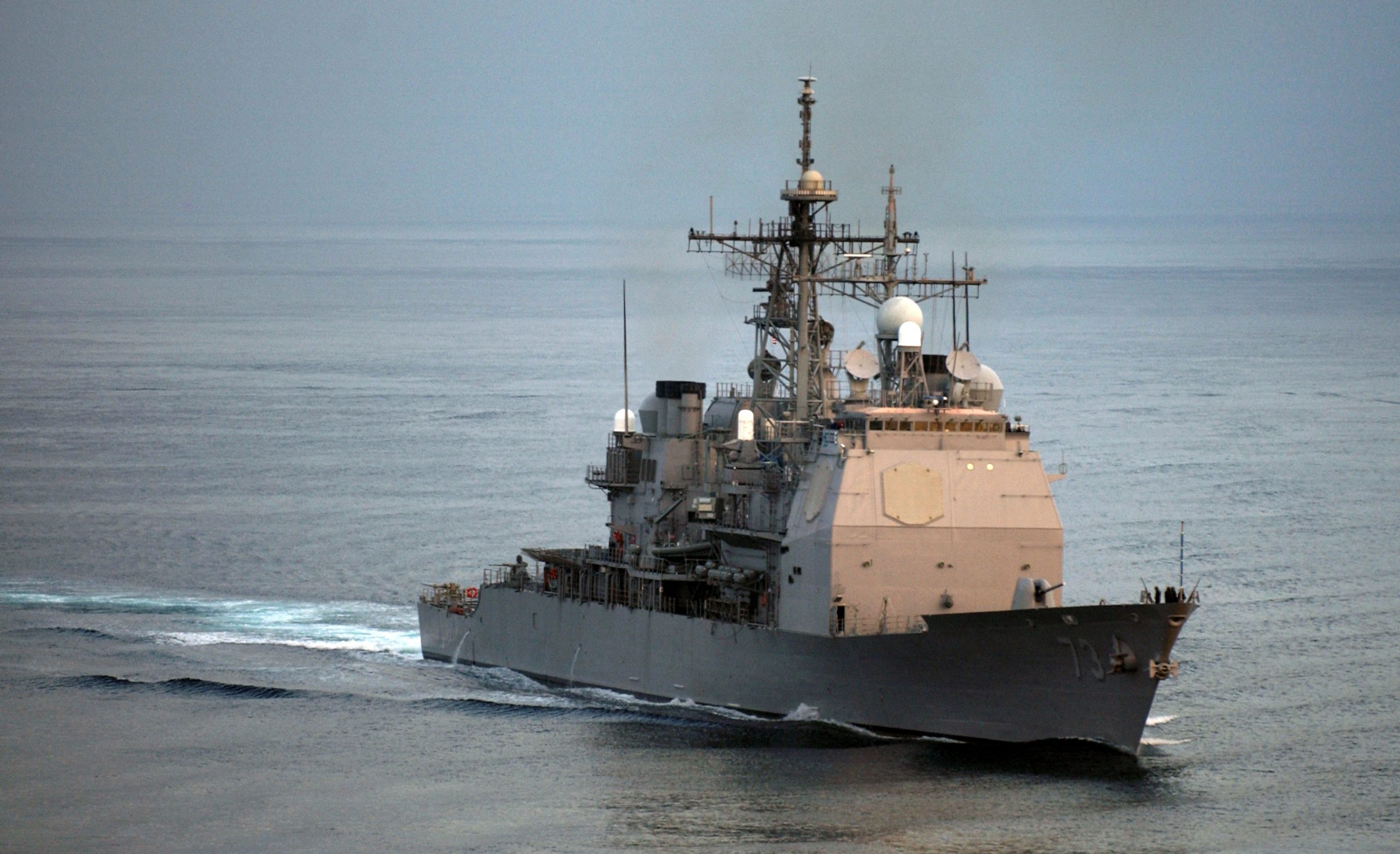 SHANGHAI/TAIPEI: China’s military said on Wednesday that it had monitored and warned a US warship that had sailed through the sensitive Taiwan Strait, a mission that happened shortly after China carried out drills near the island.

The US Navy’s 7th Fleet said the guided-missile cruiser USS Port Royal conducted a “routine” Taiwan Strait transit through international waters “in accordance with international law” on Tuesday, the second such mission in two weeks.

The United States has been carrying out such voyages about once a month, angering China, which views them as a sign of support for Taiwan, the democratically governed island that Beijing views as Chinese territory.

The People’s Liberation Army’s Eastern Theatre Command said in a statement that its forces had monitored the ship throughout and “warned” it.

The US Navy said the ship “transited through a corridor in the Strait that is beyond the territorial sea of any coastal State”.

Taiwan’s Defence Ministry said the US ship sailed north through the strait, and that the situation in the waterway was “as normal”.

Late on Tuesday, the ministry said a single Chinese WZ-10 attack helicopter had briefly crossed the strait’s unofficial midline, which combat aircraft from both sides normally avoid passing through, though China’s air force does on occasion do so.

It also reported that two Chinese KA-28 anti-submarine helicopters were spotted in an area roughly halfway between Taiwan’s southwestern coast and the Taiwan-controlled Pratas Islands at the top part of the South China Sea.

China’s armed forces carried out another round of exercises near Taiwan last week to improve joint combat operations, the People’s Liberation Army said on Monday, after the Chinese-claimed island reported spike in inactivity.

The guided-missile destroyer USS Sampson sailed through the Taiwan Strait on April 27, which China condemned, saying such missions “deliberately” harm peace and stability.

The United States, like most countries, has no formal diplomatic ties with Taiwan but is its most important international supporter and arms supplier, making it a constant source of tension between Beijing and Washington.