PunjabInspector General of Police Rao Sardar Ali Khan has taken notice of the murder of two persons in Rawalpindi and sought a report from RPO Rawalpindi.

He directed that accused should be arrested at the earliest and justice should be provided to the victim family on priority basis.

A spokesperson for the Punjab police said that according to the preliminary investigation, the incident was the outcome of an old enmity. Police have started collecting evidence from the spot and the accused would soon be arrested and severe punishments would be meted out to them. Meanwhile, IGP Islamabad Muhammad Ahsan Younas said that Islamabad Police will continue action against land mafia and criminal elements until its elimination from the city. He said this while holding khuli kacheri in the Central Police Office to listen to the public as well as police official’s issues. Thirty citizens and police officials attended the open court.

IGP listened to the public grievances and marked them to the officers concerned. On a citizens complaint, the IGP ordered an inquiry about the conduct of the investigation officer and directed to take departmental action if found guilty. He also ordered an inquiry on another complaint about land grabbing and sought the report within three days. 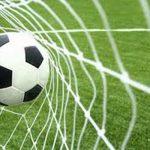