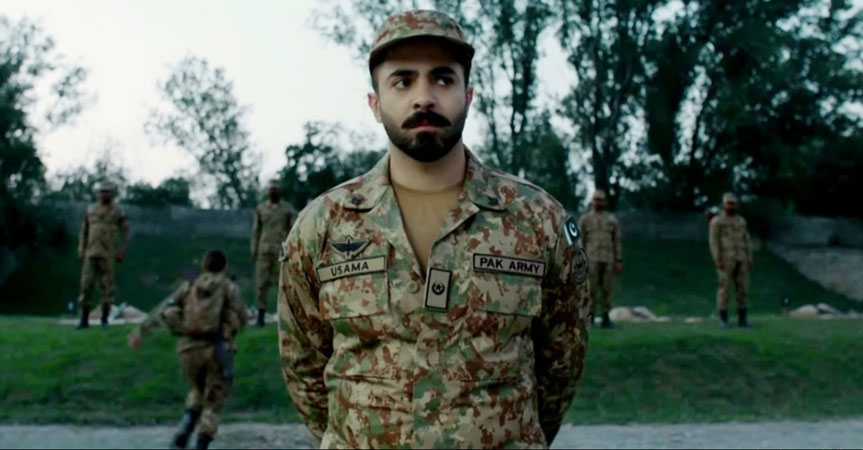 The talented actor, film producer and ad-film director Shehryar Munawar bid goodbye to the most appreciated serial Sinf-e-Aahan by sharing heartfelt memories from ‘behind the scenes’.

Since the last episode of the drama on-aired, fans have been all praise about both the drama and the cast. Based upon the remarkable journey of lady cadets, Sinf-e-Aahan truly depicted the definition of ‘Women of Steel’.

The serial stole all the spotlight since the launch of its first episode showcasing the valour, strength, heroism and zeal of women in uniform.

Debuted as Major Usama in Sinf-e-Aahan, the acclaimed actor Shehryar Munawar recently took it to social media, post-finale episode and shared some beautiful memories from the set of this amazing project.

“Sharing a few BTS moments of the crazy, fun, tough, emotional and memorable journey that Sinf-e-Aahan has been for me. The last picture in the series is a poster that I excitedly made on my phone while waiting for my scene during my first spell,” wrote the actor along with uploading the series of various behind the scene shots.

The actor further shared his appreciation towards the actress and TikTok star Dananeer for her amazing performance as co-star, “Dananeer, I had so much fun working with you.”

The project was successful in garnering love from the whole nation as it showed us the path towards true patriotism which is maintained through the blood and sweat of sons and daughters of the motherland.