* Sharing a picture of the same rose bouquet on Instagram, Gauri also treated fans to an unseen picture of Suhana, in which she is seen glowing in a rosy make-up look 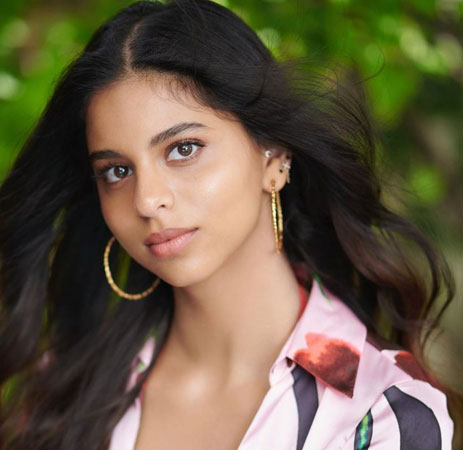 As people around the globe celebrated Mother’s Day on the weekend, interior designer Gauri Khan also shared a sneak peek from her celebration with daughter Suhana Khan.

Suhana, who is about to make her big Bollywood debut, had the simplest way of surprising Gauri with a bunch of pink and white roses on the special occasion. She also penned a heartfelt note that read, “Happy Mother’s Day Ma. I love you Suhana.”

Sharing a picture of the same rose bouquet on Instagram, Gauri also treated fans to an unseen picture of Suhana, in which she is seen glowing in a rosy make-up look. In the picture, she wore a pink satin outfit as she posed with her hair untied and accessorised her look with golden hoops.

As soon as the post went live, celebrities and fans rushed to the comment section and dropped heart emojis for the pictures. While fans continue to dub Gauri and Suhana as the “Best Mother and Best Daughter ever”, Suhana also expressed her love for Gauri and wrote, “Love you.”

Suhana is Gauri and actor Shah Rukh Khan’s middle child and only daughter. She has officially started working on her first Bollywood film. Roped in for Zoya Akhtar’s upcoming Netflix project The Archies, she will be seen debuting alongside late Sridevi’s younger daughter, Khushi Kapoor and Amitabh Bachchan’s grandson, Agastya Nanda.

Announcing the film without revealing the star cast, the OTT giant had shared on social media, “Get your milkshakes ready because Archie and the gang are about to get down and desi in ‘The Archies’. A coming-of-age musical drama directed by @zoieakhtar. Coming soon to Netflix! #TheArchiesOnNetflix.”

The Archies is a collaboration between Zoya Akhtar and filmmaker Reema Kagti. It’s backed by Tiger Baby Films and Graphic India.