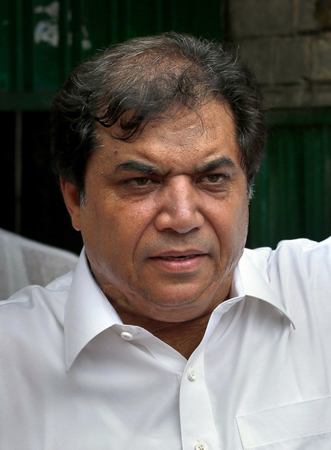 The Islamabad High Court (IHC) Monday directed Prime Minister Shehbaz Sharif to review the appointment of PML-N leader Hanif Abbasi as his special assistant. Chief Justice Athar Minallah heard the petition of Awami Muslim League (AML) chief Sheikh Rashid Ahmed against the appointment of Abbasi as special assistant to the prime minister (SAPM). In the petition – filed through his counsel Sajeel Shaheryar Swati – Rashid had questioned the appointment of Hanif Abbasi, stating that the office of the SAPM required the selection of “people possessing high virtues and strong moral fibre to these important public offices.” Rashid had contended that Abbasi, “a person with a criminal conviction, particularly a conviction for dealing in narcotics which is an offence involving ‘moral turpitude,” was unsuitable to hold such a position. The petition argued that the SAPM’s office was one of the few public offices recognized and identified by the provisions of Article 260 of the Constitution. It further said that while the PML-N leader was convicted and sentenced for the offences registered against him, the Lahore High Court’s (LHC) suspension of the sentence did not forgive his conviction. During the hearing earlier in the day, Justice Minallah called Sheikh Rashid to the rostrum and said the manner in which allegations were leveled against the courts in the Pakistan Tehreek-e-Insaf (PTI) jalsas was regrettable, says a news report. “Do you and your ally party PTI have confidence in the Islamabad High Court?” he asked.

“Very important and big cases are pending with the court. If you do not trust the courts, then we can send the case to another court,” he remarked. Justice Minallah stated that Rashid should also ask the PTI chairman, “if he does not have confidence in the judiciary then we will not hear the case.” He maintained that questions on the judiciary were raised every day in political rallies.

“Political statements are made that courts open at the behest of someone,” Minallah said, referring to PTI Chief Imran Khan’s repeated questioning of why courts were opened at night during the vote of no-confidence against him last month.

“Cases of missing persons, Baloch students are heard in this court. Do not spoil people’s confidence in courts,” the chief justice said, asking Rashid to submit his reply by Tuesday on whether he “trusts the court or not.”

Justice Minallah, however, rejected the request to stop the PML-N leader from working as the special assistant and issued notices to the parties concerned, including Hanif Abbasi and the secretary Cabinet Division.