* To benefit from it, five Pakistani movies were released on Eidul Fitr, with producers anticipating to recover the losses mounted during the pandemic 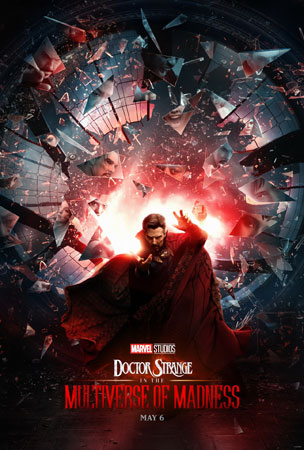 Film producers in Pakistan were excited about this year’s Eidul Fitr and they had good reasons for it. After two years of Eid’s joys being dampened due to the strict social distancing enforced to curb the spread of the coronavirus, this year was the first time people could meet their loved ones and go out in public places without any restrictions.

To benefit from it, five Pakistani movies were released on Eidul Fitr, with producers anticipating to recover the losses mounted during the pandemic.

The audience’s reaction during the Eid holidays delighted the film industry as viewers not only hailed the revival of the industry, but many also had good things to say about the movies.

However, the producers felt let down by the government when it allowed the screening of Hollywood movie Doctor Strange 2 just four days after Pakistani movies were released.

The timing of the decision irked the local producers who were hoping a clear field for a longer duration without screening of any foreign movies. These concerns were aired by Pakistan’s leading film makers, including Yasir Nawaz, Nida Yasir, Javed Shiekh, Adnan Siddiqui, Wajahat Rauf, Shazi Wajahat, Satish Anand, Amjad Rasheed and Badar Akram, in a press conference held at the Arts Council of Pakistan in Karachi.

Nawaz said the shooting of these motives started before the pandemic and just three to four days into the shooting, the coronavirus hit the country.

“We initially thought to sustain the loss and pack up after four days of shooting, but we were concerned about the revival of our film industry,” said Nawaz.

He said the local movies should have been screened for at least a week. Nida Yasir said the local producers are not backed by any mogul and they spend their own money on movies.

The audience’s reaction during the Eid holidays delighted the film industry as viewers not only hailed the revival of the industry, but many also had good things to say about the movies

“We are not against anyone we are just demanding our rights,” said Nida. Prominent actor Javed Sheikh demanded Prime Minister Shehbaz Sharif to take immediate action to save the industry. Adnan Siddiqui, who produced the film Dum Mustum, one of the five movies released on the Eid, said the producer invest their life’s earnings on movies because it is their passion.

“We are not against foreign movies, but we have also made movies and they are good movies,” said Siddiqui.

He added that the producers only asked for a week, saying that even if the foreign movie was screened after a week, it would have done the same business.

Chairman Pakistan Film Producer Association Amjad Rasheed said they want to promote the industry, adding that foreign movies are detrimental for their business.

Badar Akram said the produers were assured by the cinema owners that they would screen the movies throughout the weekend “We released five films that got great reception during the Eid. Numbers are in front of you and after a long time Pakistani movies did well,” added Akram.

He added that till 3pm Friday, were houseful for all five movies. Wajahat Rauf said this kind of treatment would deter further production of movies as producers would think twice before investing money in any movie.