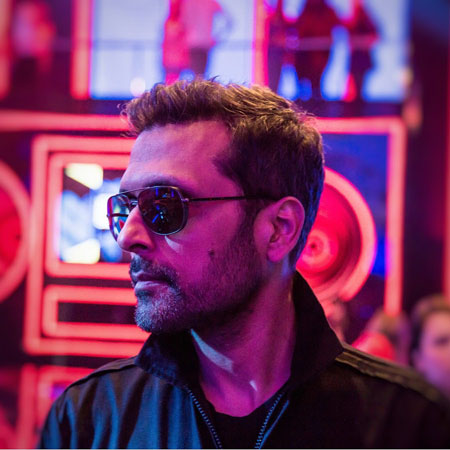 After 33 years of being part of a very successful band that sent waves through the Pakistani music scene, founding member of Strings Bilal Maqsood decided to fly solo.

Though his musical endeavours have not been limited to songwriting, fans have been waiting for this moment since the moment Bilal announced his decision to continue his music career. And the singer has very fittingly dedicated his first solo song ‘Naya Naya’ to his fans who’ve been there for him throughout his journey.

Bilal released his new music video on May 8. An EPIC Pictures production, ‘Naya Naya’ was cowritten by the singer and his father Anwar Maqsood, and the video was directed by Murtaza Chaudhary.

“‘Naya Naya’, my first solo single is dedicated to you guys. I’m talking to my amazing audience without whom I’m nothing. It’s a new life for me and I cannot deny the fact that you all are an integral part of my new journey,” he captioned the video.

Shot in Turkey, the song featured Bilal wandering around the city with a constant switch in location. Brightly coloured streets, a bare forest with an autumn vibe, the singer propped up in a convertible chasing the sunset and an evening meal with some friends at an outdoorsy cafe – these were only some of the scenes captured in the video. Another element worth highlighting is how the singer would interact with his environment in the video – exchanging smiles with strangers, offering a hand to people who need it, petting dogs, interacting with street artists, dancing with a street band, clicking selfies with random people and snapping pictures of the city.

‘Naya Naya, my first solo single is dedicated to you guys. I’m talking to my amazing audience without whom I’m nothing. It’s a new life for me and I cannot deny the fact that you all are an integral part of my new journey,’ he captioned the video

The lyrics are about a singer questioning whether anyone hears him – this, along with the music video, is a great combination to channel serenity. And not to mention, the perfect ode to his fans.

In an interview with ICON earlier this year, he’d revealed what the music he has been working on was going to sound like, “The new songs that I have been working on are all uplifting, light-hearted, desi pop.” He also said he’s gearing up for live performances. “I’m also getting my live band ready and preparing to go on stage, alone, for the very first time. I don’t know when that will be though.”

Strings’ 33-year journey came to an end in March last year. The days of the singer making stage appearances with his bandmates may be over but he’s still got a lot to show the world. Just last month he released eight original nursery rhymes in Urdu, written and composed by him that were accompanied by cute animations. He said his sole purpose was to provide Pakistani children with quality Urdu content.

Bilal’s journey as a solo artist has led him to explore new avenues. He sang covers of songs on his piano at home and floated them out on Instagram. He took on the mantle of music producer and helmed a thumping, groovy Soundstation. He revamped the jingle of a well-known tea advertisement and, most recently, collaborated with SomeWhatSuper for the Pakistan Super League franchise the Quetta Gladiators. All of this he did with his upcoming songs in the pipeline.