My father was a freedom fighter; he was jailed when he was 16: Shahrukh Khan 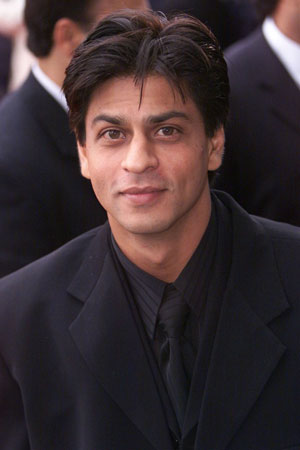 Actor Shah Rukh Khan is among the most popular celebrities in the world, his fame extending outside the Indian subcontinent and into the diaspora population around the globe.

Not only is he a mascot for outsider success in the film industry – he began in television, after moving to Mumbai from New Delhi – his fame remains unmatched even after decades in the industry. As seen recently, when thousands gathered to catch a glimpse of him on Eid.

Shah Rukh was an exceptionally bright student in school, and comes from a long line of achievers. He has often spoken about his illustrious, and as he described it, ‘eccentric family’.

In a video doing the rounds online among his fan clubs, the actor said, “My grandfather was Iftikhar Ahmed. He was the chief engineer of the Karnataka state and he built the Mangalore port. He was educated in London and was one of the top engineers of our country. My father was the youngest freedom fighter of this country, and he was jailed when he was 16 or 19. He had a lot of friends. One of his close associates, maybe related to him, was General Shah Nawaz Khan, who was one of the leaders of the Indian National Army with Subhas Chandra Bose.”

He added, “They’re very interesting, my family is very interesting. My father was a lawyer and a freedom fighter, my mother was a magistrate and a social worker, my sister is an MA in psychology. I have an eccentric, strange family.”

Shah Rukh’s parents died when he was young, and he has often spoken about how much he regrets not getting to spend enough time with them. In a 2011 interview with Hindustan Times, he said, “I think both parents are really important for children and it’s a great gift of God if children have both their parents. I lost my parents very early, so I attach a huge amount of importance to having them with you. I fight with my wife saying that a father is more important but I guess that’s a bias being a father. A father needs to be a guardian, a parent, someone who one can look up to. But most importantly, to be a friend.” He added, “More than my father’s strictness, goodness, his education or all the ideals that he gave me, what I miss most is having a friend.”

Shah Rukh is married to Gauri Khan, whom he met when they were schoolkids in New Delhi. They have three children – daughter Suhana and sons Aryan and AbRam.

The actor was last seen on the big screen in 2018’s Zero, after which he went on a sabbatical for many years. He will return, after an over four-year absence, in 2023’s Pathaan. After that, he will be seen in director Rajkumar Hirani’s next film, Dunki. He is also rumoured to have begun filming director Atlee’s as-yet-unannounced film.