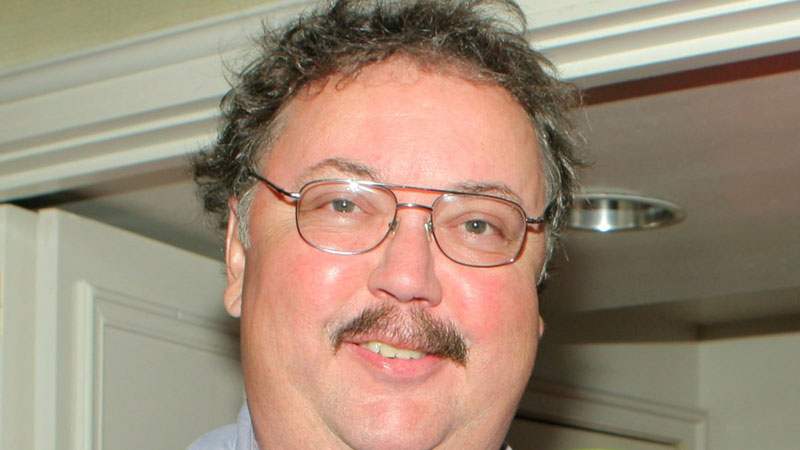 Hollywood is heartbroken over the death of actor Mike Hagerty. Hagerty, best known for his work on Friends and the HBO Max series Somebody Somewhere, died on May 5 in Los Angeles at the age of 67. His cause of death is unknown at this time.

Bridget Everett, who played Hagerty’s daughter on Somebody Somewhere, confirmed the news with a moving tribute on Instagram. “With great sadness, the family of Michael G. Hagerty announced his death yesterday in Los Angeles,” she wrote on May 6. “A beloved character actor, his love of his hometown of Chicago and his family were the cornerstones of his life. Mike, a devoted husband, is survived by his wife Mary Kathryn, his sister Mary Ann Hagerty, her wife Kathleen O’Rourke, and their daughter Meg. He will be sorely missed.”

She also shared several photo memories with her colleague and friend. “I loved Mike the instant I met him,” Everett wrote. “He was so special. Warm, funny, never met a stranger. We are devastated he has passed. Mike was adored by the entire cast and crew of Somebody Somewhere. Our thoughts are with his wife and family.”

Hagerty was perhaps best known for his recurring role as building superintendent Mr. Treeger on Friends.

One of his most memorable moments occurred in a season four episode titled “The One with the Ballroom Dancing,” where Joey reluctantly agreed to be his dance partner after Rachel and Monica are threatened with eviction.

He was also a series regular on Fox’s The George Carlin Show, which aired for two seasons between 1994 and 1995, and HBO’s Lucky Louie, which ran for one season in 2006.

Most recently, he appeared in HBO Max’s Somebody Somewhere, playing a Kansas farmer struggling to keep his family and livelihood afloat.

In an interview with NBC Chicago this past January, Hagerty expressed his excitement about the show, which filmed in parts of Chicago.

“I’m crazy about the town. I’ve always loved Chicago,” he said. “I was born and raised in Chicago and it will always be my home so it was great to get back.”

After Hagerty’s passing was announced, Somebody Somewhere producer Jay Duplass summarized his experience working with the actor in a heartfelt tweet. “Mike Hagerty was a great actor and a great man,” he said. “I’m going to miss him. He lives forever in our hearts.”