Raducanu to play first event in UK since US Open triumph 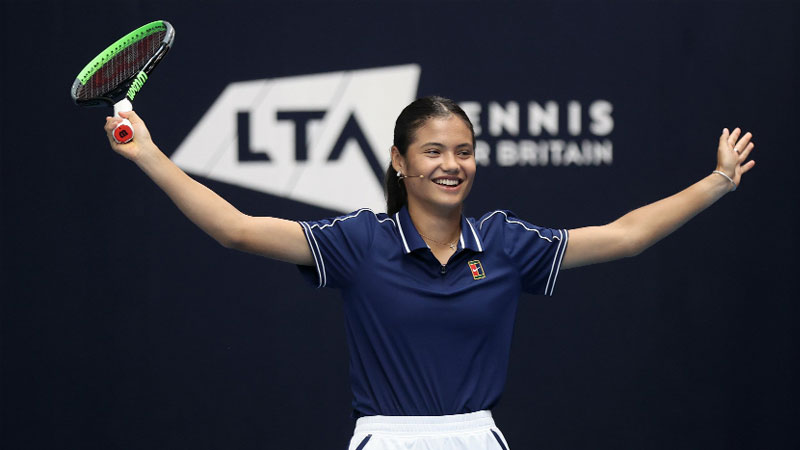 LONDON (Agencies): Britain’s Emma Raducanu will make a first competitive appearance in front of a home crowd since her remarkable triumph at the US Open after it was announced Monday she had entered next month’s Women’s Tour Association event in Birmingham. The teenager’s only previous WTA tournament in Britain was in Nottingham last year prior to her emergence on the world stage at Wimbledon. “I can’t wait to play in Britain again and I’m delighted to be competing at the Rothesay Classic in Birmingham in the 40th year of this terrific showcase for women’s tennis,” said Raducanu in a statement. “It will be great to get back on to the grass at home, where the backing of the British fans was so fantastic,” the 19-year-old added. The world number 12 has enjoyed some encouraging results during the ongoing clay-court season, reaching the Stuttgart quarter-finals and Madrid last-16.

She is due to face Bianca Andreescu in the first round of this week’s Italian Open in Rome. Raducanu made history at Flushing Meadows last year when, as a qualifier, she won the US Open women’s singles title without dropping a set and so became the first British female player to win a solo Grand Slam since Virginia Wade at Wimbledon back in 1977. She remains without a full-time coach following her split from Torben Beltz and is being supported in Rome by the Lawn Tennis Association’s head of women’s tennis, Iain Bates. “I’d describe myself as a loner,” Raducanu told reporters. “I do like being on my own, but of course I love being in groups as well…For the past year I’d say I’ve had a lot of people around me a lot and very often. To be kind of on my own is interesting because I’m kind of finding out a lot about myself, understanding what I need and what I don’t need.” Her presence in the Birmingham draw will be a welcome boost for organisers of the longstanding Wimbledon warm-up event, which runs from June 13-19, given they now face competition for players from a higher-tier tournament in Berlin.