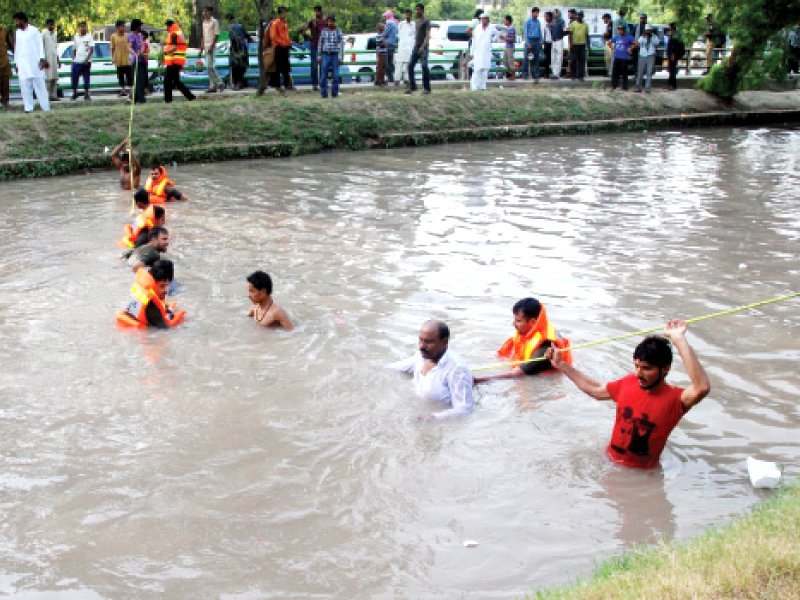 MANSEHRA: Deputy Commissioner Mansehra Monday imposed a ban on swimming in rivers, streams, lakes and ponds of the district keeping in view the flood threat.

The ban was imposed to protect precious human lives. The decision was taken because of the heatwave expected within the next few days due to which snow melting process would be increased and floods are also expected in River Kunhar, Indus, streams and lakes of the district.

According to the notification issued by the DC office in Mansehra, the police has been directed to monitor the rivers Kunhar, Indus and streams and make sure nobody was violating the ban.

This order shall come into force with immediate effect and shall remain in force for a period of 60 days. The DC warned that any person contravening this order shall render himself liable to punishment under Section 188 PPC.

Locals have appreciated the ban on swimming in River Kunhar and demanded strict enforcement of section 144 and punishment for offenders.

Every year dozens of people lose their lives during the months of April to July despite the ban on swimming and bathing in the rivers, streams and lakes as there is no monitoring system or punishment for the violation of the ban.