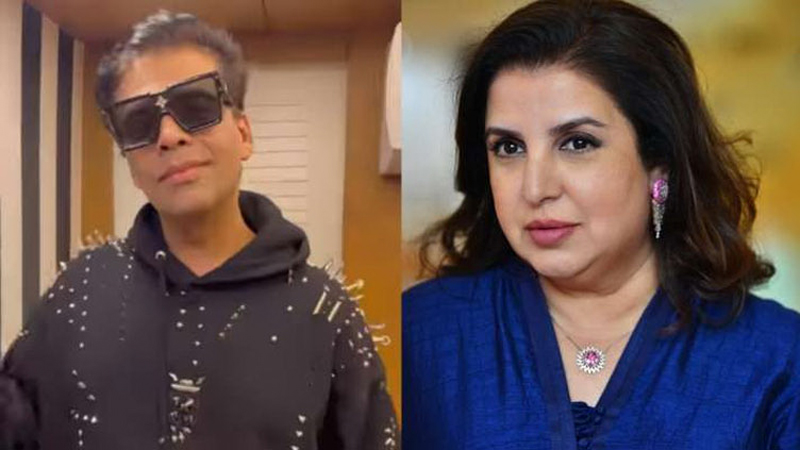 Farah Khan and Karan Johar often make fun of each other on social media.

Farah has shared a new video, in which she was joined by Shabana Azmi to tease Karan.

Filmmakers Farah Khan and Karan Johar often indulge in banter and tease each other on social media. In the latest, Farah trolled Karan Johar saying that even his food is designer. This time, Farah was also joined by actor Shabana Azmi, who joked that Karan is letting her starve.

Farah shared an old video from the Rocky Aur Rani Ki Prem Kahani sets on her Instagram account on Friday. It started with a server walking towards them with a bowl of food on a tray, as Farah narrated the incident, ‘and Karan Johar’s breakfast. Let’s see.’ Karan and Farah failed to recognise the dish, and asked about it, after which the server replied, “chocolate oats mousse.” Karan added to this, “No it’s some kind of a…I don’t know what it is.”

Farah then said, “How sad. It’s very disappointing today.” However, Karan was happy with his meal, and said, “No, it’s looking lovely. Farah then panned the camera to Shabana Azmi, who was sitting behind Karan, and asked her, “Shabana what do you have to say about Karan?” Shabana also joined Farah in teasing Karan and said in a dramatic tone accompanied by hand gestures, “He is eating everything. I am not getting any food. On Karan Johar’s set, no food.