* She captioned it, 'Mother's Day,' with a bunch of blue hearts 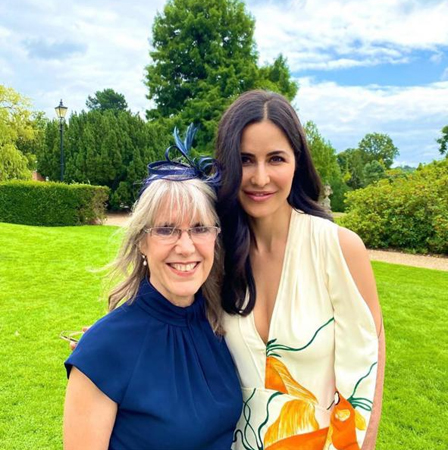 On the occasion of Mother’s Day, Bollywood star couple Vicky Kaushal and Katrina Kaif won millions of hearts as they dropped brand new photos of their precious memories featuring their mums and mothers-in-law on their respective social media accounts.

The Dhoom actress shared a photo with her mum Suzanne Turquotte and Vicky’s mum Veena Kaushal as she wished them. She captioned it, “Mother’s Day,” with a bunch of blue hearts. Whereas, the Uri actor dropped a series of unseen wedding photos from his and Katrina’s big day.

Dedicating it to his mom and mother-in-law, Vicky shared some fun photos. One picture showed his mum Veena dancing her heart out during the baraat, while another featured Katrina and Vicky receiving blessings from Suzanne.

For the unversed, Vicky and Katrina got married in December 2021 in Rajasthan.

Meanwhile, on the work front, the Bollywood beauty will next be seen in Tiger 3 along with Salman Khan and Emraan Hashmi whereas she is also doing a horror-comedy genre titled Phone Bhoot opposite Siddhant Chaturvedi and Ishaan Khatter.

On the other hand, Kaushal will next be seen in movies including Merry Christmas, Sam Bahadur, and Govinda Naam Mera.