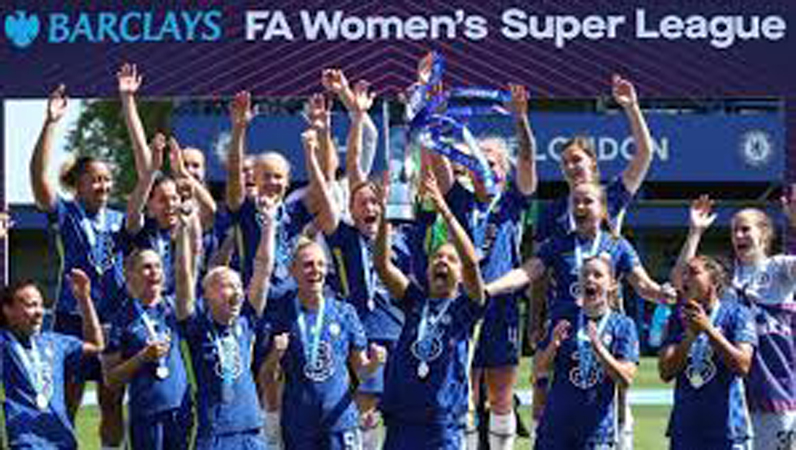 LONDON: Chelsea were made to sweat before clinching a third consecutive Women’s Super League title as they came from behind twice to beat Manchester United 4-2 and hold off Arsenal’s challenge. Sam Kerr showed why she was crowned the football writers’ player of the year this week with two stunning volleys in the second half as the Blues roared back from twice going behind before the break. Martha Thomas and Ella Toone struck either side of Erin Cuthbert’s Chelsea equaliser as United battled to keep their hopes of Champions League football next season alive. Kerr led the fightback by scoring within 60 seconds of the restart. Guro Reiten then put Chelsea in front before Kerr sealed the title in style with her 20th goal in as many games. “In the first half I thought we were a bit nervous. I definitely felt nervous,” said Kerr. “In the second half it was just about playing how we play. That’s why we’re champions – when we play like that no one can stop us.” Arsenal finished just a point behind the champions after ending their season with a comfortable 2-0 win at West Ham. Manchester City’s 4-0 victory at Reading also meant United’s result was immaterial in the race for the Champions League as City took third spot.