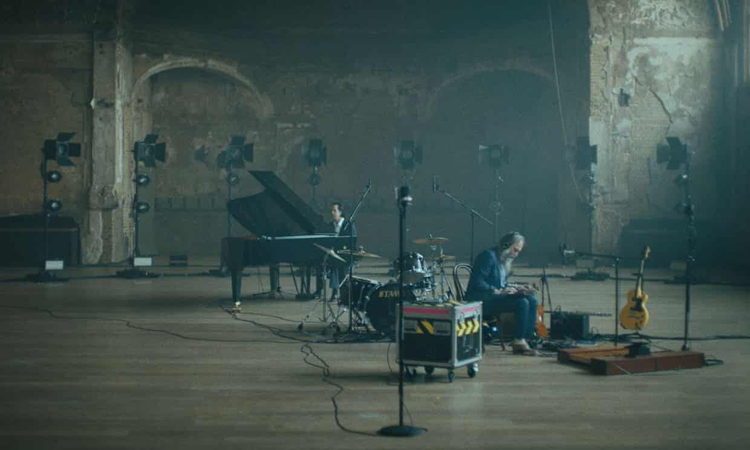 There is something inherently cinematic about the work of Australian musicians and composers Nick Cave and Warren Ellis. The pair have collaborated on a string of scores for films, ranging from John Hillcoat’s 2005 antipodean western The Proposition to the forthcoming Blonde, director Andrew Dominik’s adaptation of Joyce Carol Oates’s historical fiction novel about “the inner life of Marilyn Monroe”. Yet even away from the movie theatre, Ellis and Cave’s compositions have a widescreen sweep, conjuring intimate aural landscapes of love and death – religion and fairytale intertwined. These are musical parables of grief and redemption, echoing Cave’s belief that “we all live our lives dangerously, in a state of jeopardy, at the edge of calamity”. In his 2016 film One More Time With Feeling, documented the creative process behind the Nick Cave and the Bad Seeds album Skeleton Tree, a record forged in the wake of a terrible family tragedy.