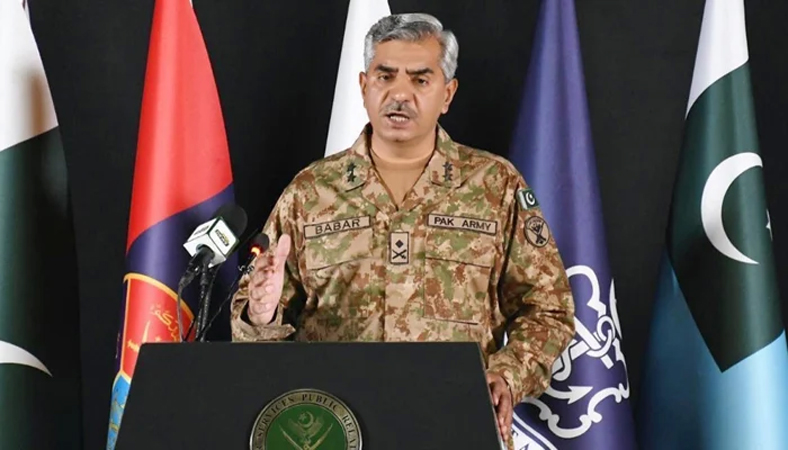 The Armed Forces on Sunday termed the recent wave of defamatory statements against the security forces extremely damaging. The Inter Services Public Relations (ISPR) in a statement issued here said recently there have been intensified and deliberate attempts to drag Pakistan Armed Forces and their leadership in ongoing political discourse in the country. “These attempts are manifest through direct, insinuated or nuanced references to the Armed Forces as well as their senior leadership, made by some political leaders, few journalists and analysts on public forums and various communication platforms including social media”, it said. The military’s media wing added that this practice of unsubstantiated, defamatory and provocative statements and remarks was extremely damaging. “Pakistan Armed Forces take strong exception to such unlawful and unethical practice and expect all to abide by the law and keep the Armed Forces out of political discourse in the best interest of the country”, it said. Since the beginning of this year and in the face of the rapidly changing political situation of the country, the Pakistan Army has repeatedly urged people not to drag the army into political matters.

Following the dissolution of the National Assembly by President Arif Alvi on the advice of former prime minister Imran Khan on April 3, the Director-General of ISPR Major General Babar Iftikhar had said that the military had nothing to do with the political events of that day.

Replying to a question regarding the involvement of the army in the political developments of the day, the DG ISPR had bluntly denied any sort of involvement and had said: “absolutely not”

Akin to that, on February 8, he had said that the “Pakistan Army has nothing to with politics and should not be dragged into it.”

In a statement, the military spokesperson had said the army was “not in contact with anyone through backdoor channels,” adding that the “armed forces do not have any interest in politics.”

“It doesn’t suit anyone to talk about this without doing any research into the matter. If anyone has any evidence, it should be brought forth, else such rumours should stop,” he had said.