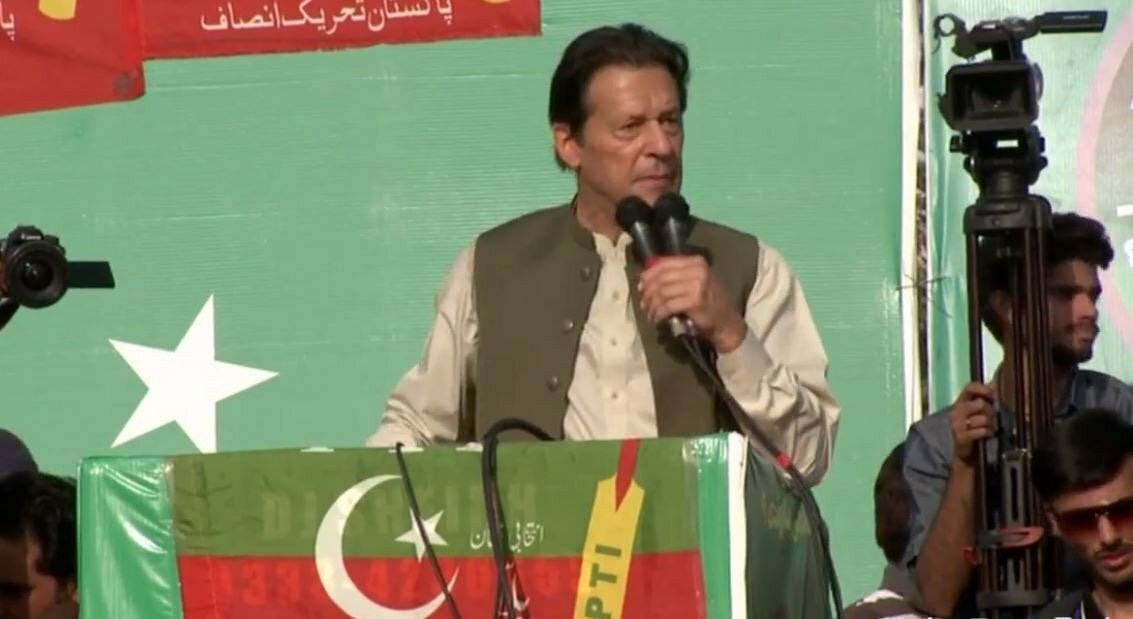 ABBOTTABAD: Former Prime Minister and Chairman PTI Imran Khan on Sunday said that more than two million people would go to Islamabad to protest against the government.

He expressed these views while addressing his Party gathering at the government college ground in Abbottabad. Imran Khan thanked the people of Abbottabad for their unprecedented participation in the PTI public gathering and their warm welcome to him and said, this is the closest region to Islamabad and I expect a large number of people from Hazara to participate in the long march against the government.

While criticizing the government policies and recent wave of price hikes, he said that during their government, everyone was slamming them for not controlling the prices of essential commodities, and “now the situation is worst and nobody is bothering”. The former prime minister claimed that more than two million supporters of PTI would reach Islamabad on his call of protest after 20th May despite the scorching heat.

Imran Khan said that during his government, we were negotiating with Russia for a 30 percent less price of petroleum product, LNG and 2 million tons of wheat which were sabotaged by throwing his government, and now the people of Pakistan are facing a price hike. He also criticized the alleged “intervention” of the USA in toppling his government and said that they don’t want such a government that has independent policies and national interests.

Abbottabad police chalked out an elaborated security plane for the former prime minister’s public gathering and deputed more than 1100 policemen for the security of the government college in Abbottabad.