Imposition of Sharifs an ‘insult’ to Pakistan 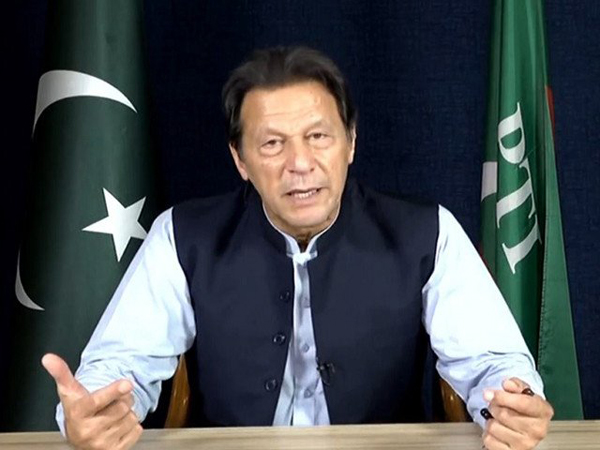 PTI Chairman Imran Khan on Saturday said that if his government was to be removed, then it should have been replaced with “more competent” people.

While addressing overseas Pakistanis, Imran Khan said that Prime Minister Shehbaz Sharif and the people in his party have cases against them that are under trial. “Father [Shehbaz] is on bail and son [Hamza Shehbaz] used to take small amounts of money,” he alleged. Criticising the incumbent government, the PTI chairman said that the “most corrupt man and his party leaders have been imposed on the nation,” adding that “this is not only a conspiracy” against Pakistan but also an “insult”. He said that by July and August of last year he had understood that “something was happening”. Imran said the “bigger conspiracy” than his government being toppled was in who replaced him as he lashed out at the current government and branded it a “corrupt mafia”. Imran criticised the members of the coalition government, claiming that “powerful local forces” had prevented their convictions in the cases against them.

He said that in his experience, Pakistan’s “ruling elite is corrupt, soft and slaves” and would not survive without the US. “To place such people over us is a conspiracy against the future of this country and also its disrespect.”

Talking about the Masjid-e-Nabawi incident, the PTI chairman said that people will chant slogans of chor (theives) and ghaddar (traitors) wherever the Opposition leaders go. “People chanted slogans against them and they filed a blasphemy case against us,” said Imran Khan.

Imran Khan reiterated that during his time in power he would “never have agreed” to any US demands of being given military bases in Pakistan in the aftermath of the former’s evacuation from the neighbouring Afghanistan. He said that the US wanted bases in Pakistan in order to “conduct [counter attacks] from here in case if there were any terrorism in Afghanistan” – something he said he found “absolutely unacceptable”.”First they blamed us, then they didn’t appreciate us, our country and tribal areas were destroyed and now [they] are again asking for bases. I would have never agreed to this and the problems [between us] started from there.” He thanked overseas Pakistanis for staging rallies and protests in his support after his ouster and called on them to participate in social media campaigns to spread awareness about the alleged conspiracy and write to their politicians and public representatives to hold them to account and question if they would allow such a move in their own country.

He said the nation had come together on not accepting servitude or the “imported” government – referring to Prime Minister Shehbaz Sharif’s coalition government.

Imran predicted a massive turnout for his planned march to Islamabad on May 20, adding that the PTI did not want discord or violence in the march, rather it wanted families to participate too so the world and the institutions could know where the nation stood. “Unfortunately, our ruling elite is corrupt, soft and a slave and they think we cannot survive without the United States,” Imran said while addressing overseas Pakistanis. “We want everyone to be part of our protest including families. I want institutions to know where our nation stands [on alleged US conspiracy].”

“Why don’t the media questions them (current government) about inflated prices? Run campaigns on social media and express that you do not support this government,” he urged the overseas Pakistanis.

He asked the overseas Pakistanis to seek clarification from their government whether will they allow such a conspiracy to happen in their own country. “Your voice matters and you should raise your voice. We will never accept it (toppling of PTI government). We will give call for Islamabad after May 20 and there will be an ocean of people [in the capital city]. I have never seen so much awareness and unity in public and they are united on one point that they will never accept slavery,” he added.