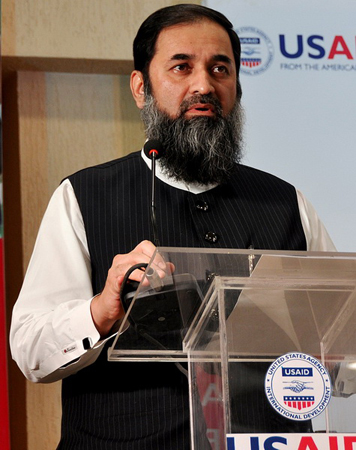 Prime Minister Shehbaz Sharif on Saturday nominated former education minister Balighur Rahman as new governor of Punjab. A well informed source in the ruling Pakistan Muslim League-Nawaz (PML-N) said that PM Shehbaz Sharif has forwarded a summary of Rehman’s nomination to President Arif Alvi. Rehman, who hails from Bhawalpur, was elected from the NA-185 constituency in 2008 and 2013.

He had served as the state minister for education, interior and narcotics control when Nawaz Sharif became prime minister after the PML-N’s victory in the 2013 elections. After Nawaz Sharif’s removal, former prime minister Shahid Khaqan Abbasi included him in his cabinet and was made a federal minister with a portfolio of education and professional training. The Shehbaz Sharif-led government had approached President Arif Alvi twice for the removal of Governor Cheema. Both times the president had instructed the governor to continue holding office until a decision has been made on the summary moved to remove him.