Free and fair polls only solution to political crisis: Hamza 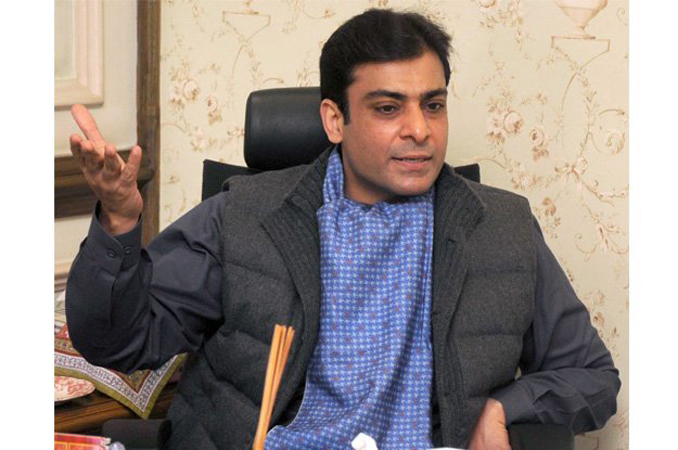 Punjab Chief Minister Hamza Shehbaz said on Saturday said that free and fair elections were the only solution to the political crisis in the country.

At a media talk in Faisalabad, the chief minister said that Pakistan was presently facing several challenges when it came to the economy and governance.

Hamza said the PML-N will work with its allies and take steps that will be beneficial for the public.

“I believe that in the upcoming period, whenever economic reforms are completed, free and fair elections are the only solution to the crisis in the country. I am hopeful that despite all these challenges, God will pave a path and God-willing, we will make this country Quaid-e-Azam’s Pakistan,” he said, adding that the PML-N was prepared to face Imran in the political battleground. But some people, Hamza went on to refer to the former prime minister, want to start a “civil war” in the country.

Hamza said Imran Khan hoodwinked people through hollow slogan of “Naya Pakistan” but practically he not only ruined the national economy but also pushed the country into multiple crises. He said that Imran Khan wanted to attack the Constitution while the Punjab governor was constantly violating it. However, they would not be allowed to succeed in their nefarious designs, he warned.

“Imran Khan and his cronies have kept Punjab deprived of its leadership illegally for one month, but we would compete them in political arena and defeat them with the support of masses,” he added.

He said that Imran Khan, after gaining power, used national resources only to victimise his opponents due to which he failed to complete any public welfare and development project.

“We are politically mature and would not promote the politics of victimisation. However, all those who looted the national wealth would be taken to task,” he added.

He said that Imran Khan caused only inflation, price-hike and unemployment, due to which national economy was facing daunting challenges currently. “However, we in consultation with all stakeholders, will restart development projects in the country and try our level best to overcome inflation and unemployment at the earliest,” he said. “We believe in the supremacy of law and constitution and no step would be taken against it,” he added.