* And for a time, it seemed that 'Sex & the City' was well and truly over, with the series creator Darren Star saying, 'It's impossible to imagine the show without her' 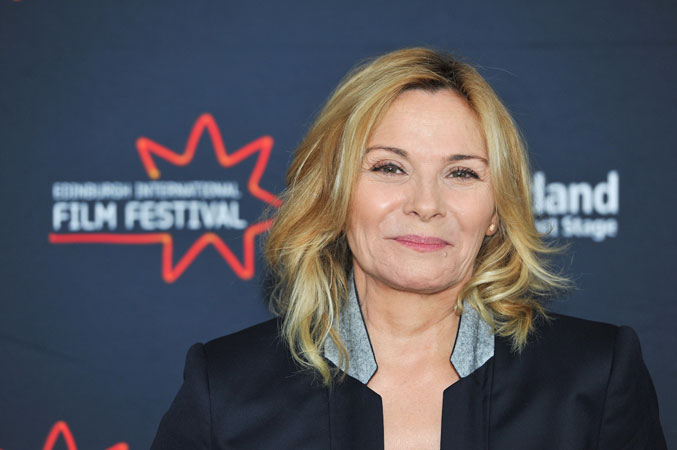 Kim Cattrall is fine going it alone. While she was once a central figure in the HBO series Sex and the City, in 2017, the actress decided it was high time she move on from her role as Samantha Jones, even as a third movie was being written. “It’s a great wisdom to know when enough is enough,” she told Variety in a new interview. “I also didn’t want to compromise what the show was to me. The way forward seemed clear.”

And for a time, it seemed that Sex and the City was well and truly over, with the series creator Darren Star saying, “It’s impossible to imagine the show without her.”

But her co-stars, Sarah Jessica Parker, Cynthia Nixon and Kristin Davis, conjured up a world where Samantha Jones exists-just not on-screen. The Sex and the City spin-off And Just Like That… premiered in December 2021 to much fanfare.

So what does Cattrall think of how they handled her exit? Keep reading below to learn her unfiltered take on Samantha’s new life in Paris and the story line that made her realize it was time to say goodbye.

SHE FOUND OUT ABOUT ‘& JUST LIKE THAT’ ON SOCIAL MEDIA — Cattrall found out about the reboot like everyone else did, by reading the news on social media. But she wasn’t entirely surprised that she was in the dark about HBO’s plans since she was “never” asked to be part of the reboot, which, again, wasn’t surprising, according to Cattrall. As she put it, “I made my feelings clear after the possible third movie.

CATTRALL WORRIED SAMANTHA WAS BEING TURNED INTO A ‘COUGAR’ — when the actress signed on to the series, she loved that it was a “positive” show about single women. But as years went by, Cattrall began to feel like her character was turning into someone that no longer celebrated independent women: “I felt like I was now cast as a cougar, which became not as positive as other aspects,” she reflected. “There was never a desperation; it was always on her terms, which I loved.”

But her co-stars, Sarah Jessica Parker, Cynthia Nixon and Kristin Davis, conjured up a world where Samantha Jones exists, just not on-screen. The ‘Sex & the City’ spin-off ‘& Just Like That’ premiered in December 2021 to much fanfare

CATTRALL CONFIRMS THE ‘HEART-BREAKING’ STORY LINE REPORTEDLY WRITTEN FOR SAMANTHA — to her dismay, Cattrall said that the Sex and the City writers reportedly planned to feature Samantha receiving unwanted and inappropriate photos from Brady, Miranda’s 14-year-old son, a story line that Cattrall called “heart-breaking.” She felt it wasn’t fitting for Samantha, saying that she had better ideas for her character: “Why can’t Samantha, who owns her PR company-maybe she had to sell it because of financial woes?” Cattrall suggested, adding, “I mean that’s a scenario that was kind of off the top of one of my reps’ heads, and I thought that’s a great idea. That’s a conflict. Instead of an underage boy’s…” Additionally, she made a dig at the writing, confirming that Big was supposed to die in the third instalment: “That’s how creative it was.” She simply felt like history was repeating itself with every new movie they did. “Can you imagine going back to a job you did 25 years ago?” Cattrall explained. “And the job didn’t get easier; it got more complicated in the sense of how are you going to progress with these characters? Everything has to grow, or it dies.”

SHE HAS NO PLANS TO APPEAR ON ‘& JUST LIKE THAT,’ EVEN IF SHE & PARKER MADE AMENDS — when asked about Parker’s comments that she wouldn’t be OK with Cattrall playing Samantha, the How I Met Your Father star said she hadn’t heard about it, adding, “It would never happen anyway. So nobody has to worry about that.” For Cattrall, the Samantha that exists in And Just Like That… “feels different than the Samantha that I played,” making it impossible to imagine her ever reprising the role, even if fans want to see more of her. “I’ve come to the conclusion,” she said, “that really the greatest compliment I could have as an actor is to be missed.”