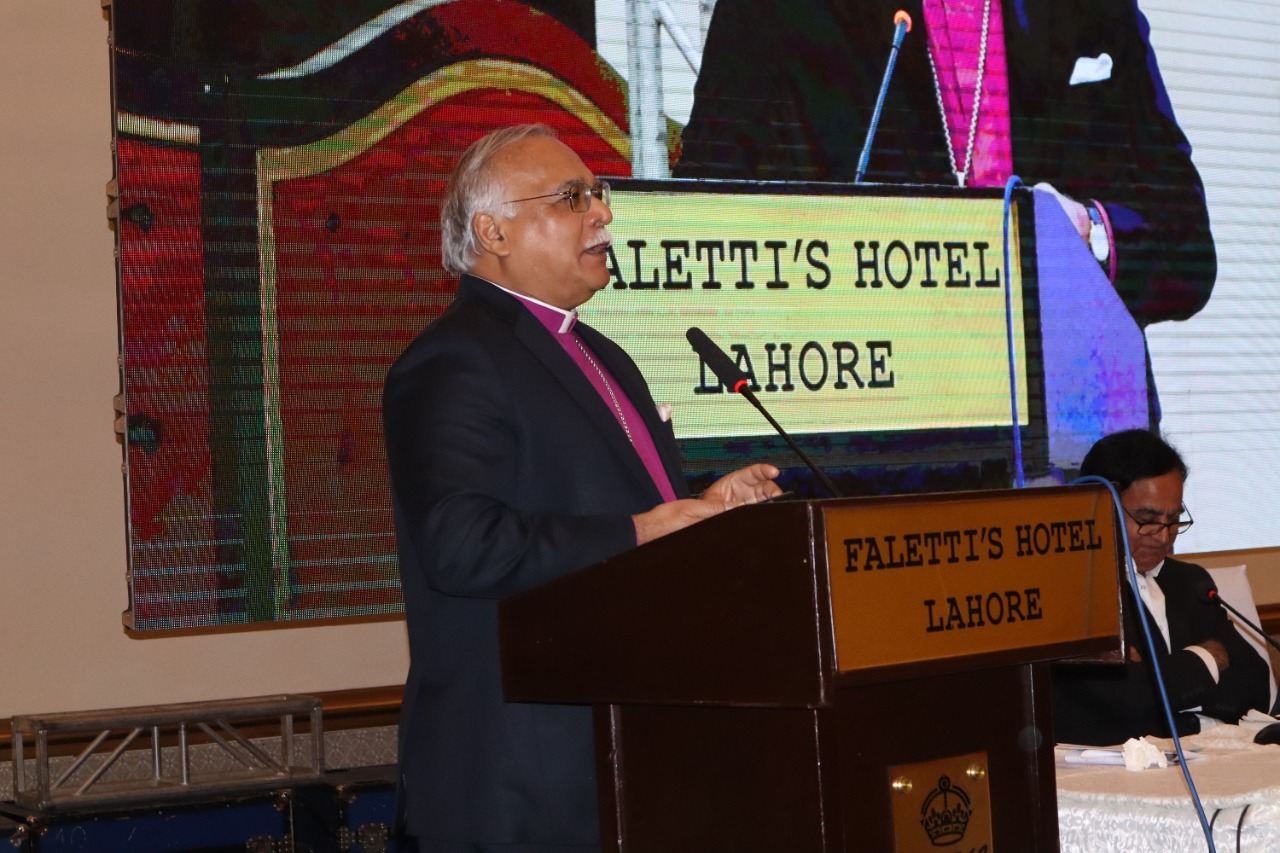 LAHORE: Speakers at a seminar held to mark the 24th death anniversary of Bishop John Joseph on May 6, vowed to continue his mission of protection of religious minorities’ rights.

The first Punjabi Catholic priest in the country and the first Punjabi Bishop of Diocese of Faisalabad, took his life in protest in front of the court in Sahiwal which had handed death sentence to a young Christian, Ayub Masih, over a blasphemy accusation in 1998.

To mark the anniversary, a memorial seminar was arranged at a local hotel by the Center for Social Justice (CSJ) where speakers paid tribute to the efforts and contributions of the late Bishop Joseph for raising the voice of the marginalised communities and promoting interfaith harmony.

He recalled the time when during a press conference, Bishop Joseph had encouraged him to speak up against regressive laws and inequality.

“We should challenge all laws that pull back our country and present us as an abnormal society in the international community. It’s unfortunate that the silent majority and intelligentsia remain silent on such incidents [of injustice and persecution]. Silence is a crime,” Bishop Azad stressed.

The senior church leader also reiterated the need for introducing a strong deterrent against the misuse of the blasphemy laws. “We respect the religious sentiments of our Muslim majority population and I assure them on behalf of the Christian community that none of us can even think of disrespecting their faith. However, it’s important that an amendment be made in the blasphemy statutes that prescribes equal punishment for false accusers,” he said.

“He made a public statement that he was making a sacrifice to bring to attention the ‘stumbling block in the way of interfaith relations’, i.e. misuse of the blasphemy laws. No government has made a serious effort to stop the misuse of these laws,” he said.

Jacob also called for the implementation of the recommendations made by the judicial inquiry after the Gojra incident in 2009, to address the issue of abuse of blasphemy laws.

“It’s a big joke. These fundamental rights are neither seen in any court, assembly or office. Nobody is willing to prosecute those killed in the name of religion. The clashes will continue till religious intolerance remains in society,” he said.

Other speakers also branded the misuse of the blasphemy law as a weapon of choice for the elements spreading sectarian and religious hatred amongst citizens.

Wajahat Masood, senior journalist and human rights activist, said that May 6 is the day of grief and a perennial sense of waste for our nation.

“New forms of faith-based injustice have emerged, including mob-lynching, forced conversions, displacement, extortion, desecration of places of worship, and kidnapping under the garb of marriage,” he said, adding that staying true to the vow of equal citizenship may perhaps be the best tribute to the sacrifices of the nation’s best sons like Bishop John Joseph, Salmaan Taseer, and Shahbaz Bhatti.