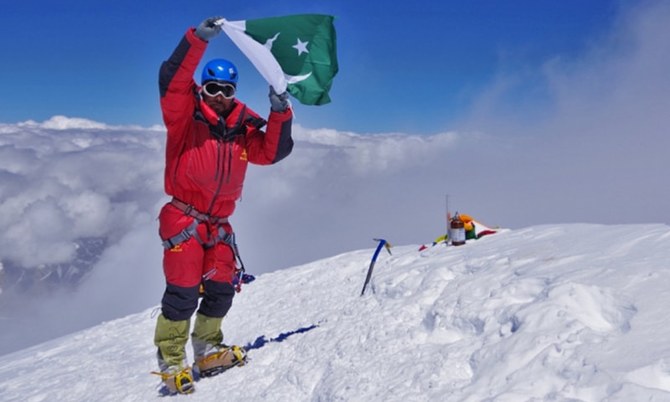 Sirbaz Khan has become the first Pakistani climber to summit 10 of the world’s highest 14 peaks above 8,000 meters after scaling Kanchenjunga 8,586m on Saturday.

“Sirbaz stood atop the world’s third-highest peak at 7:00 am on Saturday with other members of a team led by Mingma Gyalje Sherpa (Mingma G) of Imagine Nepal,” Karrar Haidri, secretary Alpine Club of Pakistan said in a statement.

Sirbaz, 32, hails from the Aliabad area of Hunza in Gilgit-Baltistan and began his climbing career in 2016.

On four of these expeditions, he had been accompanied by late Muhammad Ali Sadpara. Sirbaz is aiming to become the first Pakistani to climb all 14 of the world’s highest peaks.