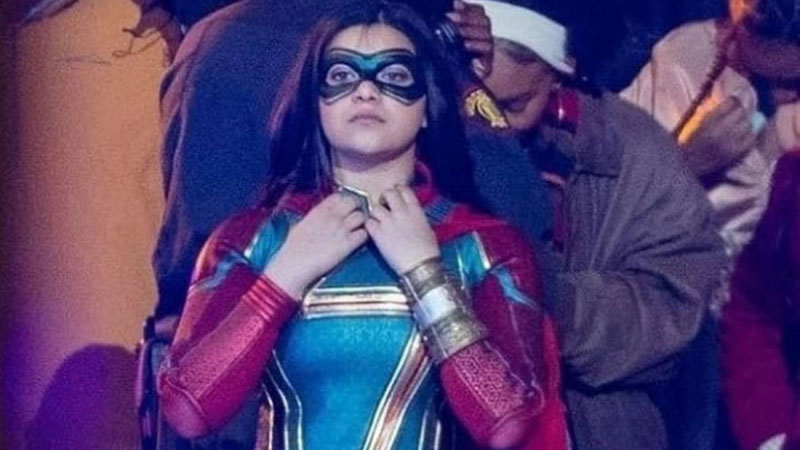 “Salam Pakistan, I just want to wish you a very very Happy Eid Mubarak. And this Eid, I have some marvellous news to share with you all,” she said.

“Our upcoming series Miss Marvel is coming exclusively in cinemas in Pakistan. I can’t wait for you all to this on the big screen,” she said.

HKC Entertainment, the Walt Disney’s licensee, is bringing it to Pakistan.

A special cinema format has been created of the six episode series for Pakistan. It is into three parts as follows:

Episodes 1 and 2 will debut on 16th June

Episodes 3 and 4 will debut on 30th June

Episodes 5 and 6 will debut on the 14th July

The series also features a diverse cast both in front of and behind the camera. The development came to light as the OTT platform, Disney+, has not yet launched in their country.