Hareem recalls getting slapped from grandfather 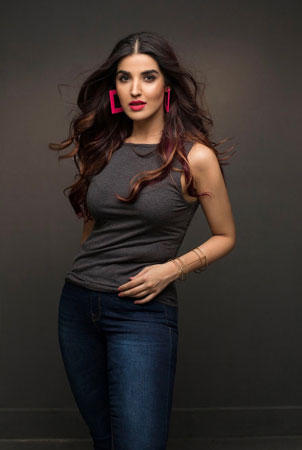 “I was around eight years old at that time,” recalled the ‘Parchi’ actor. “I went out of the house and asked our driver to drop me at my Phuppo’s home. He was going to have lunch so he refused me right away.”

“I became adamant and was like, if you won’t drop me, I’ll go by myself and he joked, ‘fine, go by yourself’, thus I left, as I knew the directions to her place,” she explained.

‘I was around eight years old at that time,’ recalled the ‘Parchi’ actor

“People in Islamabad at that time, if they see a kid roaming around alone, they would ask them. Similarly, an uncle stopped me, and inquired ‘Where are you going?’, to which I said, ‘I’m going to my Phuppo’s place’,” she narrated. “He further questioned ‘How old are you and which grade do you study?’ and I replied saying, ‘I’m eight years old and in matric’.”

“After that, I left and was quite close to the destination when these two guys stopped me and inquired similarly. I told them the same that ‘I’m going to my phuppo’s place’, they continued, ‘Do your parents know that you have left home?’ I responded ‘No’.”

Hareem further revealed that the two guys got her back home. “My parents had gone to the police station to register FIR while my grandparents were at home. My Dada thanked them and later gave a tight slap and warned me not to go anywhere alone,” she concluded.