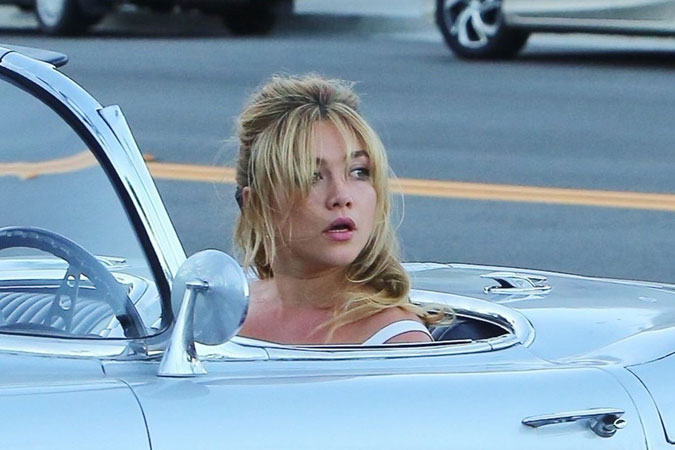 Don’t worry, darling-the first trailer for Olivia Wilde’s highly anticipated movie has arrived. With four months to go until psychological thriller hits theatres, New Line Cinema and Warner Bros. Pictures released a three-minute preview of Don’t Worry Darling on May 2. The film, directed and starring Wilde, centres on Alice and Jack, a couple living in Victory, an “experimental company town housing the men who work for the top-secret Victory Project and their families,” according to a press release.

As we see in the steamy trailer, while life appears perfect on the outside, tensions rise when Alice starts questioning the community’s lifestyle. “What if this place is dangerous?” she asks. “Stop it!” Jack shouts in response. After we see Jack and Alice share an intimate moment on the dinner table, she says in a voice-over, “Everyone is acting like I’m crazy and I’m not crazy!” The trailer also features Chris Pine as Frank, who seems to be giving Alice some bad vibes. After the trailer debuted, Olivia praised Chris’ performance on Instagram. “Don’t Worry Darling BTS of me and Chris Pine aka Frank aka holy sh*t wait til you see how good he is in this movie,” she captioned a set photo. “I’m so overwhelmed with gratitude for the excitement out there for the movie so far. I promise you will not be disappointed by this extraordinary cast and crew. Today is a big day for us. Congrats to the whole team. I love you guys.”