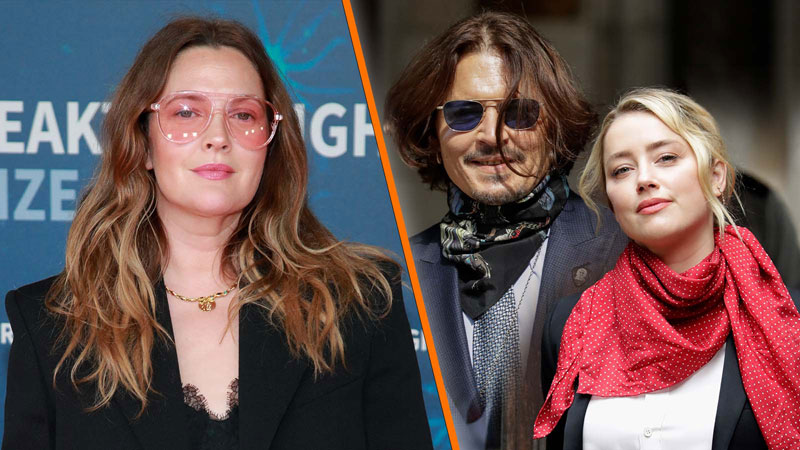 It’s not hard for Drew Barrymore to say she’s sorry. In an Instagram video message posted on May 1, the talk-show host, 47, apologized for “making light” of Johnny Depp’s defamation trial against ex-wife Amber Heard, in which he’s accused her of implying that he abused her in a 2018 op-ed she wrote for The Washington Post.

“It has come to my attention that I have offended people with making light of Johnny Depp and Amber Heard,” Barrymore said. “And for that, I just want to deeply apologize and appreciate everyone who spoke out because this can be a teachable moment for me and how I move forward and how I conduct myself.” The Charlie’s Angels star added that she will be a “more thoughtful and better person moving forward because all I want to do is be a good person.”

The trial has been in the media spotlight ever since it started on April 11, getting attention for everything from previously unknown details of Depp and Heard’s relationship, to allegations that Heard has been mimicking Depp’s court outfits. During a recent episode of The Drew Barrymore Show, the host called the trial “one layer of crazy” and “a seven-layer dip of insanity.” “I know that these are two people’s real lives and I know what it’s like to have your life put out in public,” she added. “I understand all the feelings, but they are actually offering up this information that nobody had to know. This is crazy!” Her comments caused backlash from fans who felt that her remarks were insensitive, as the trial involves domestic and sexual abuse claims. Depp’s $50 million defamation trial against Heard is ongoing in a Virginia courtroom. Depp’s lawyers have argued that Heard ruined the actor’s reputation by implying that he abused her. Heard’s lawyers say she suffered domestic abuse by Depp that “took many forms,” including physical, emotional, verbal and psychological.