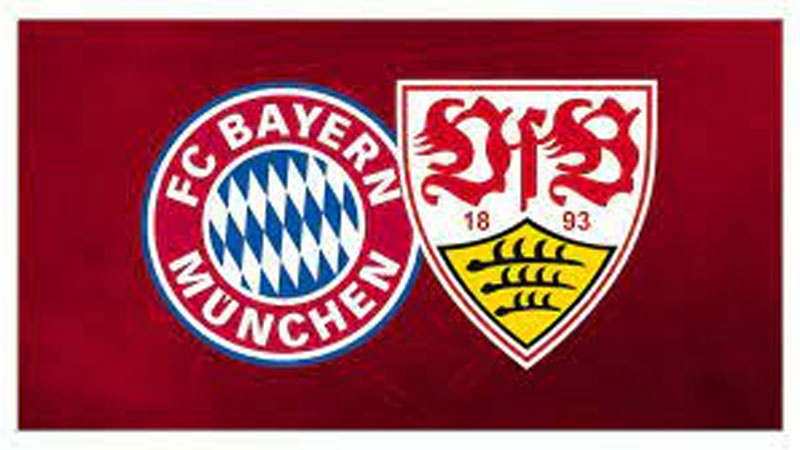 BERLIN: Bayern Munich will look to ease the headache from their Ibiza trip with a convincing home win over relegation-threatened Stuttgart this Sunday before finally lifting the Bundesliga trophy. Bayern have been heavily criticised for allowing the bulk of their squad to fly to Ibiza for a two-day mini break immediately after last Saturday’s 3-1 defeat at Mainz. The lacklustre display at Mainz suggested Bayern’s stars had switched off a week after being confirmed Bundesliga champions for the 10th straight season.

Now Bayern need to prove themselves with a good performance in their final home game of the campaign before being handed the Bundesliga trophy after the final whistle. “Our players are mature and can decide what they do on their days off,” Bayern coach Julian Nagelsmann tersely said Friday. “They are old enough. I’m not their father or teacher. “I’m now hoping that my team will play well against Stuttgart.”

A shock home defeat against Stuttgart at Munich’s Allianz Arena would dampen any title celebrations. Ex-Bayern coach Felix Magath raised the stakes by suggesting the Ibiza jaunt, sanctioned by the club, disrespected their Bundesliga rivals. “I don’t know how a team can say, ‘We won’t play to the end of the season, we’ll call it a day three weeks before,” fumed Magath. However, the 68-year-old has a vested interest.

His current club Hertha Berlin is just one place and four points ahead of Stuttgart with teams fighting to avoid relegation with two games left. “That’s very clever of him, he didn’t do it completely unselfishly,” Nagelsmann retorted as Magath’s comments put extra pressure on Bayern. Stuttgart are in the relegation play-off place in 16th but can improve their chances of guaranteed survival with a win in Munich and if Hertha lose at home to Mainz on Saturday.

Stuttgart’s American coach Pellegrino Matarazzo quoted Angela Merkel’s famous “We can do it!” refrain but admits his team face a tough task in Munich. He also brushed off Bayern’s Ibiza trip.

One to watch Sven Michel (Union Berlin): The 31-year-old could again feature off the bench in Saturday’s showdown at Freiburg where both the hosts and visitors Union are fighting for a Champions League place. After spending all of his career in the lower leagues, Michel was plucked by Union from second-tier Paderborn in late January to replace Wolfsburg-bound Max Kruse. The centre-forward has caused havoc against tired defenders as a substitute with three goals and an assist in his last four games. He equalised and set up the winner in a five-minute spell in a shock 2-1 win at Leipzig, then rescued a point by equalising against Greuther Fuerth last weekend.

5 — successive wins for Bayern against Stuttgart, who pulled off a shock 4-1 victory at the Allianz Arena almost exactly four years ago – when Bayern had also already won the title.

2 — straight league defeats mean RB Leipzig need a win at Augsburg on Sunday to bridge the one-point gap to the Champions League places. Leipzig are licking their wounds after their Europa League exit in Thursday’s semi-final against Rangers.

1 — defeat for Dortmund in nine games against Greuther Fuerth, who are already relegated. Second-placed Dortmund are looking to bounce back from last weekend’s 4-3 loss at home to Bochum.

Fixtures (all times 1330 GMT unless stated)